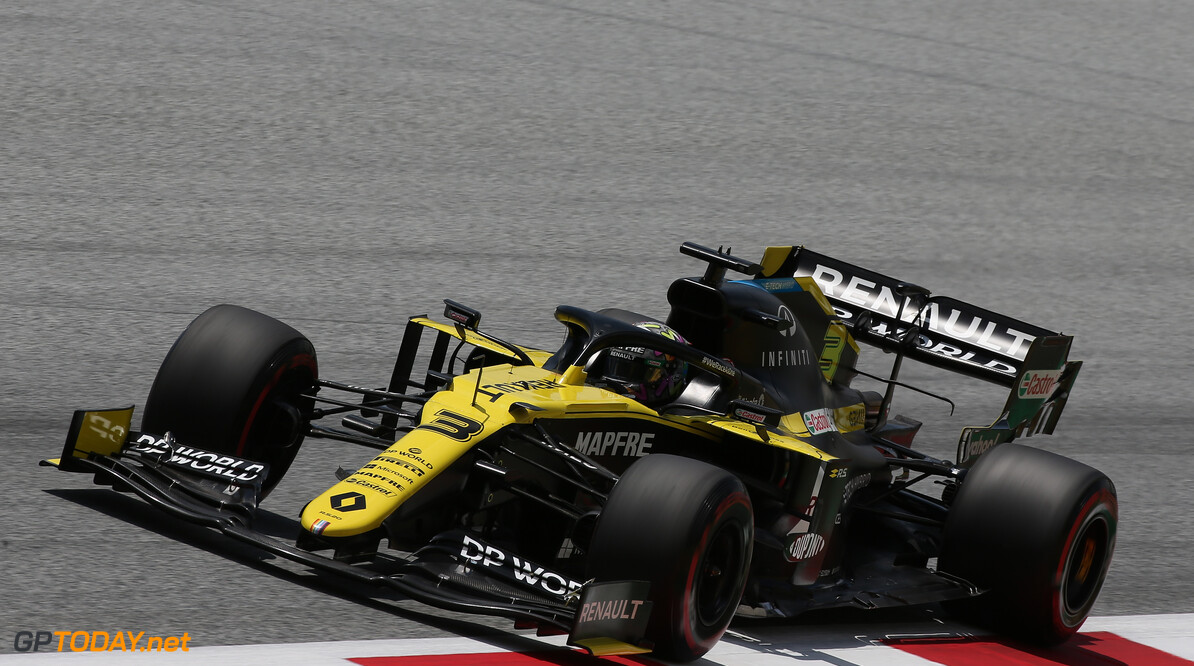 Renault 'within a tenth' of the leading midfield teams - Ricciardo

Renault is within a tenth of a second of competing with the leading midfield teams, according to Daniel Ricciardo.

Last weekend at the season-opening Austrian Grand Prix, Ricciardo was forced to retire from the race early on with a mechanical problem, while teammate Esteban Ocon survived the race of attrition to take the chequered flag in eighth place.

Ricciardo says that with the exception of Mercedes, the entire field appears to be closer together compared to last year.

“I think it's close. The whole field certainly seems a bit closer this year, at least if we remove the front row for now,” the Australian said.

“From the second row back, it's tight. I was happy with the car really from the get-go on Friday. I think lap one was solid and we built from there.”

MORE: Will an Alonso and Abiteboul partnership really work at Renault?

Ricciardo states he was compromised in qualifying by a yellow flag in Q3 which was deployed after Valtteri Bottas made a mistake on his final hot lap after Turn 4.

The 31-year-old is confident that he could have been inside the top seven, and that the team is extremely close to their rivals on lap time.

“Qualifying we were a bit unlucky with the yellow, otherwise, I think we were probably a top seven, safe to say top eight car in quali,” he said. “So I think we're there, we're where we want to be. We're certainly in that fight.

“The race was obviously a bit cut short for me but I think even though I did only a small amount of laps, there were some things I learned from the race that we can be better at.

“So for now, [there's] a little bit more from the race trim car we can find. But [with the] quali spec car, we're there. It's hard to say what position we are, but that midfield [group], I want to say we're right at the front of it, within a tenth.”

When asked to explain why Renault's race pace appears to be lacking compared to low fuel runs, Ricciardo said: “I can't give it all away, everyone is listening.

“But with fuel, there's a lot more weight and a lot more let's say stress on the tyre in particular. It's just the way we go about that, managing the car and the energy put under the tyres and load under extra fuel.

“We got a few things we can manage that a bit easier. The track was quite hot on Sunday and it probably just got away from us for a few of those reasons.”