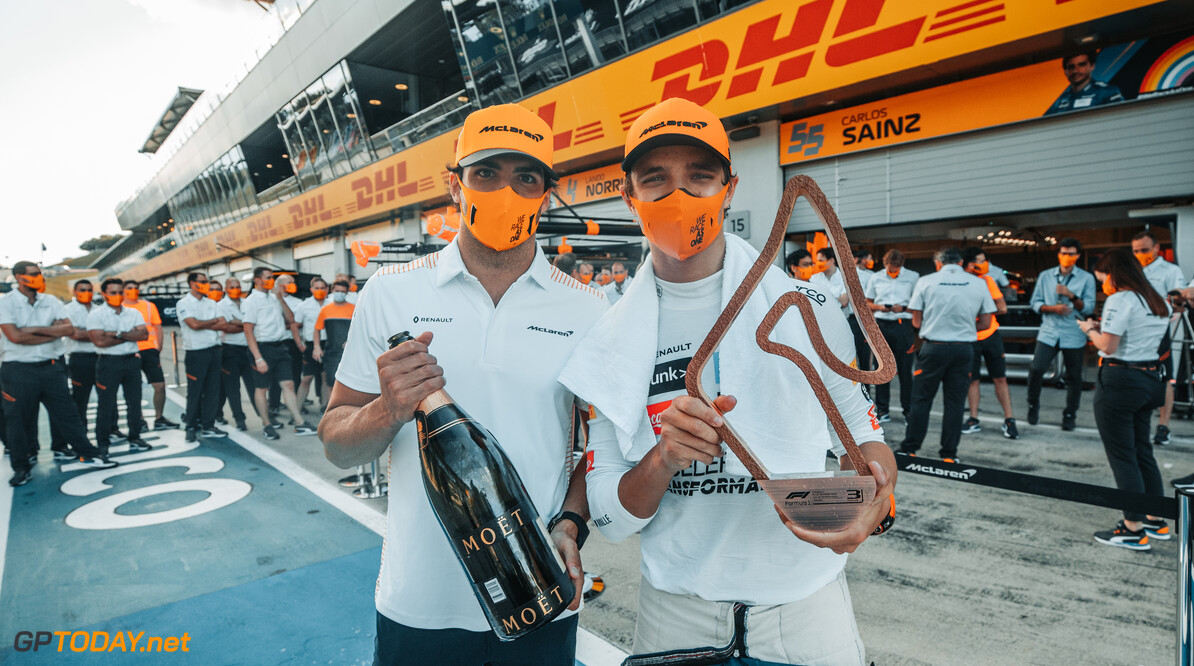 Carlos Sainz says McLaren is hopeful it can achieve more podiums in 2020 following its third-place finish in Austria last weekend.

Lando Norris recorded his maiden podium result at the season-opening race at the Red Bull Ring, benefitting from a time penalty handed to Lewis Hamilton.

It marks McLaren's second podium in three races, as Sainz was classified in third place at the 2019 Brazilian Grand Prix, also following a penalty for Hamilton.

Despite missing out on a top-three finish for himself, Sainz says he is happy for Norris and praised the initial competitiveness of the MCL35 car, which he believes may lead to more podiums later this season.

“He was very fast all weekend but also for me, I had a very strong race, to be able to fight with Lano towards the last few laps, it also meant that I was on for a podium after starting from P8. So it still means we are having very strong Sundays.

“And if the races continue like this, this is not going to be our only chance for a podium this year. So we'll keep our heads up, a very strong result for the team and we might see other podiums this year, maybe.”

MORE: What the podium breakthrough means for Lando Norris

While Sainz says that it's important for McLaren to jump on the mistakes of other teams, he feels the pace of the car will allow it to do so much more often this year compared to seasons gone by.

“We have to take the opportunities but I feel like this year, with the grid the way it is, we are going to have opportunities,” he said. “We are closer to the podium when others do a mistake, we are closer on pace.

“Hopefully it's not only on this track and we can have it at other tracks.”