Column: What the podium breakthrough means for Lando Norris

Formula 1 had to wait many months to see the 2020 season get underway, but when it did, the opening grand prix contained all the combined drama you may have expected in the postponed races.

One of the biggest headlines from the race was the achievement for McLaren and Lando Norris, with the latter grabbing his first podium finish in F1.

It was a freakish way of history repeating itself. Lewis Hamilton received a five-second time penalty that was dished out following a crash with Alexander Albon as they battled for second place.

In Brazil of 2019, McLaren was delivered its first podium since 2014 in the exact same way, only on that occasion, it was Carlos Sainz getting hold of the trophy. 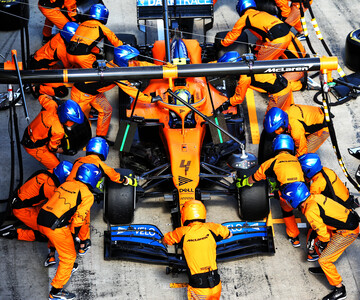 Although it was 33 weeks ago, before Austria it was still technically only two races previous. 2019 was a major stepping stone for McLaren, who managed to finish fourth in the constructors' standings and declare itself the fastest team in the midfield.

Its direction is projecting it to be much more than that - with the upcoming arrival of proven race-winner Daniel Ricciardo alongside the no longer podium-less Lando Norris, the future of the team appears bright.

It was difficult to know what to expect from McLaren heading into Austria, as much of the talk surrounded Racing Point and its striking similarities to the Mercedes W10. After free practice, McLaren was adamant that the pink panthers were too far away to fight.

And yet, Norris stuck his car in front of Sergio Perez to take fourth place in qualfiying, which would later turn into third following a grid penalty for Hamilton.

Norris was the outright star of qualifying, outpacing both Racing Points, a Red Bull and his more experienced, soon-to-be-Ferrari-driver teammate.

During the opening portion of the race, he dropped a couple of positions but managed to keep Perez and bay, and only fell behind him when the Mexican had softer tyres following the first round of pit stops. 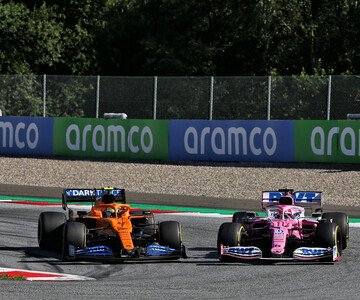 A fastest charging Charles Leclerc could not be kept behind towards the end but Norris risked it all with an extremely late on lunge on Perez with three laps to go, which allowed him to chase the fastest lap in order to secure a podium.

Whether or not you think Hamilton's five-second time penalty was too harsh, Norris showed grit, determination and the racecraft of an experienced regular in F1 - when in fact, it was only his 22nd race start.

Although Norris lit up the McLaren team in 2019 with his likeable personality and his respectable results, the sunshine seemed to be directed on his teammate Carlos Sainz, who consistently brought home more headline points, capped off sweetly with a podium result in Brazil.

But in the first round of the new season, after many months of sitting at the home toying with his sim rig, Norris pulled himself into the top three of a Formula 1 race for the very first time.

Norris understood after the race that the podium result didn't come easy for him, despite seemingly having a more competitive car compared to 2019.

“I think today’s race highlighted that we had to keep on pushing through the whole race,” he said. “Obviously it’s nice when you have a car which is compared to last year more competitive and you can be there or thereabouts on safety car re-starts and so on.

“I’m so happy, because it very easily could have been the opposite of the result I have right now.”

But the simple fact is, it wasn't the opposite result. Norris didn't need the podium result to end the weekend on a high, but his competitive resilience burst through and when the opportunity was presented at his feet, he jumped on it. 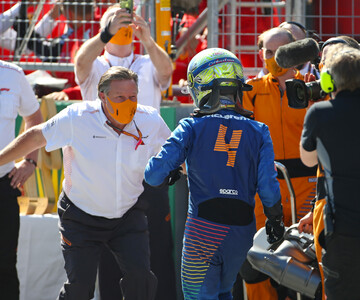 It's an astounding achievement for him, making him the third-youngest podium finisher in F1 history after Max Verstappen and Lance Stroll, and the youngest ever British driver to stand on the podium

Norris' determination and hunger will only be boosted from here, and with the emotions of a podium now fresh in his mind, race wins are next on the agenda.

“At the end of the day it’s not the sole objective for why I’m here in Formula 1. It’s not just to break records, it’s to try to win races in the first place and try to do well. It’s [youngest British podium finisher] a nice record to have, I’m proud of it but I’m happier to just be on the podium, rather than breaking any record.”

McLaren's transition from the awkwardness and disappointment of 2018 to now obtaining two podiums in three races is commendable. With the arrival of Ricciardo next year, one would hope that the positive trend lifts the team even higher and far out of reach from the hellish depths from recent years gone by.

Regardless, Norris will never again have to deal with the pressure of securing his first podium, something respected and experienced drivers have struggled with.

Norris is up and running and on the board - and if things continue to progress the way they are, he'll be there for a while.