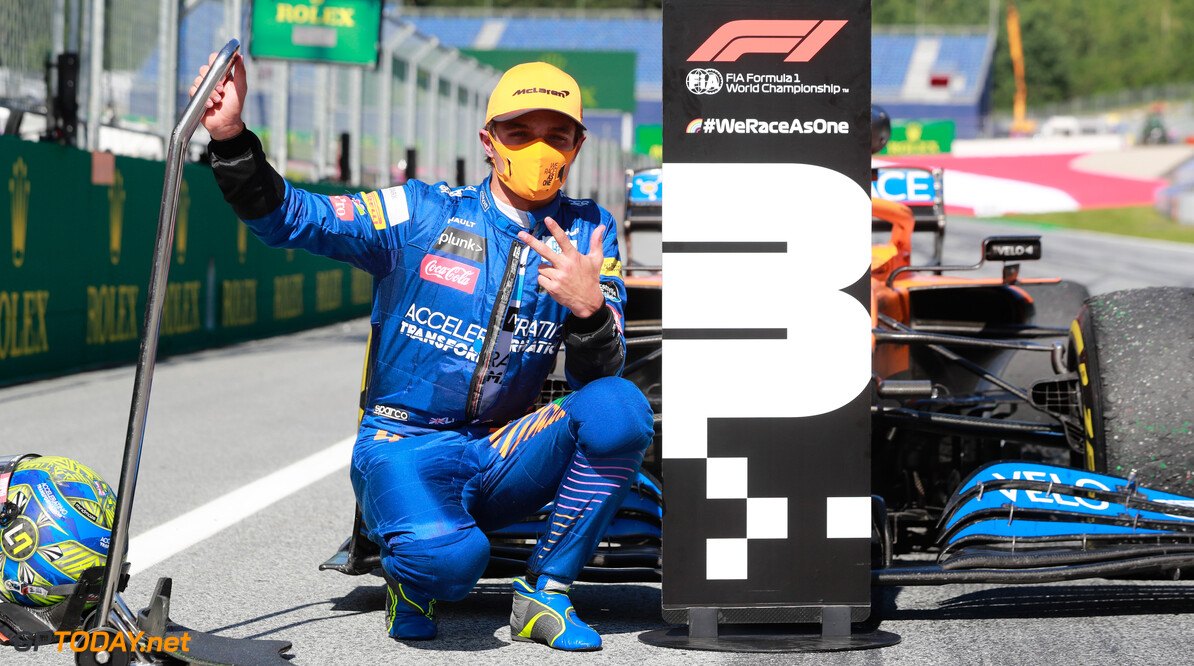 The Briton survived the race in Spielberg that saw nine runners drop out before the chequered flag was waved and was promoted to third following a five-second time penalty for Lewis Hamilton, after he collided with Red Bull's Alexander Albon.

Norris started the race from third place but dropped back behind some of his competitors during the opening laps. However, the 21-year-old remained in contention and surged at the end of the event to secure a podium.

“I'm speechless. There were a few points in the race where I thought I fudged it up a bit,” Norris said after the race. “I was up to fifth with a few laps to go, Carlos was almost getting past me. But I didn't give up, I managed to get back Perez and ended up on the podium.

“It was a long race, but I kept going and kept trying to give it my all. A pretty cool last few laps, having to push as much as I can. As you can tell I'm a bit out of breath.

“But I'm so happy and proud of the team. Considering where we were a few years ago, to last year, to now. I think it's a pretty good achievement. I'm proud to be part of it all.”

Norris set the fastest lap of the race on the final lap to deny Hamilton but revealed his run to that point was tough as he endured a number of difficult laps.

“The last few laps, when I had to get past Checo, I knew he had a five-second penalty but nothing more than that. I always seem to struggle when I'm close to the cars ahead, I always seem more vulnerable to the guys behind.

“So I knew, not because of Lewis, but I knew I had to get past him. And then there was the Lewis penalty that came up and I had to turn it up a little bit. But it's a lot about rhythm here and I had three really tough laps, locking up.

“It was going downhill quite quickly but I recovered well and I'm here, so I'm very happy.”