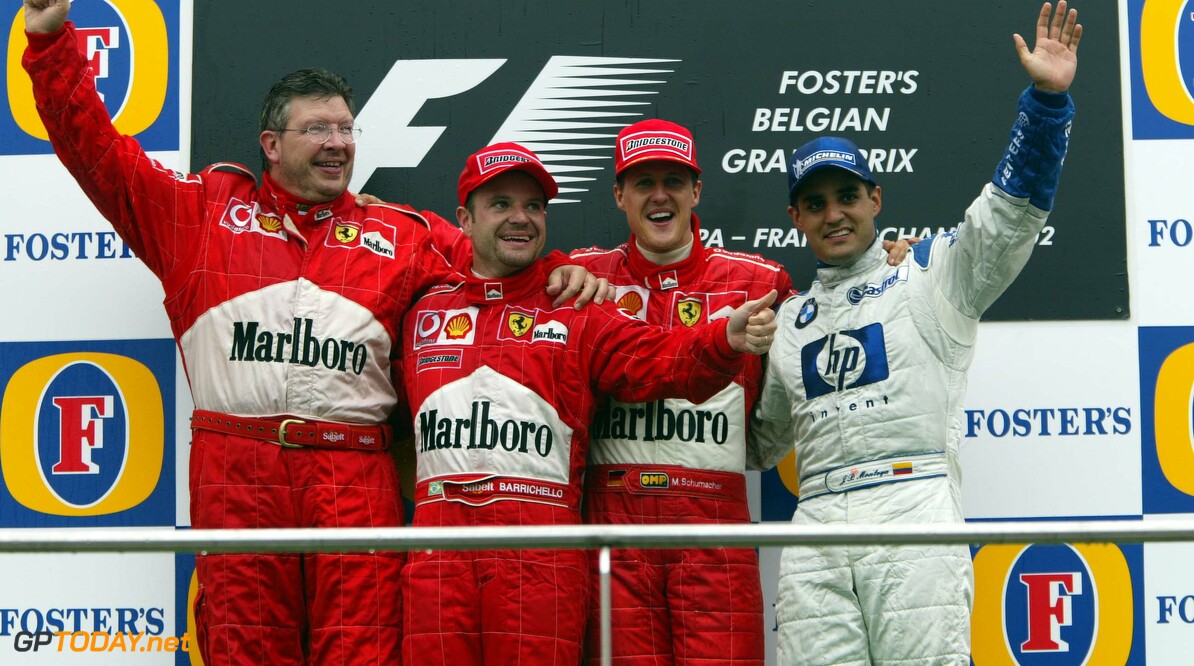 Juan Pablo Montoya has revealed that he was was informed by Ross Brawn that his services would be welcome at Ferrari in Formula 1.

Montoya made his F1 debut in 2001 following his first Indianapolis 500 win the year before. The Colombian joined BMW Sauber, scoring four podiums in his maiden year, including a race win in Italy.

Montoya was one of Michael Schumacher's closest rivals in the early 2000s, however he says that he was not willing to play second driver to the German at Ferrari.

Speaking to Diego Mejia of Colombian broadcaster Antena2, Montoya said: “Ross Brawn told me he would love for me to drive with them, on a podium in Monza, and I remember saying 'no thanks!'”

“We did not get along badly, but it was such a strong psychological warfare, that it was to kill everything all the time. Because he wanted everyone (out of the way), that made me angry, so I was even more aggressive.”

Montoya spent six and a half seasons in F1, joining McLaren in 2005 before leaving the sport entirely midway through the following season.

His son, Sebastian Montoya, will make his single-seater debut this year in Formula 4 with Prema - the same team Schumacher's son Mick competes for in Formula 2.

“They [Sebastian and Mick] get along very well. It’s funny because the two of them are on the same team right now,” Montoya said.

“Mick is in the last steps before Formula 1, in Formula 2; and Sebastian is at Formula 4 which is where he is starting. The team is the same, Prema. So they take photos together, and they do many events together. The truth is that they get along very well.”