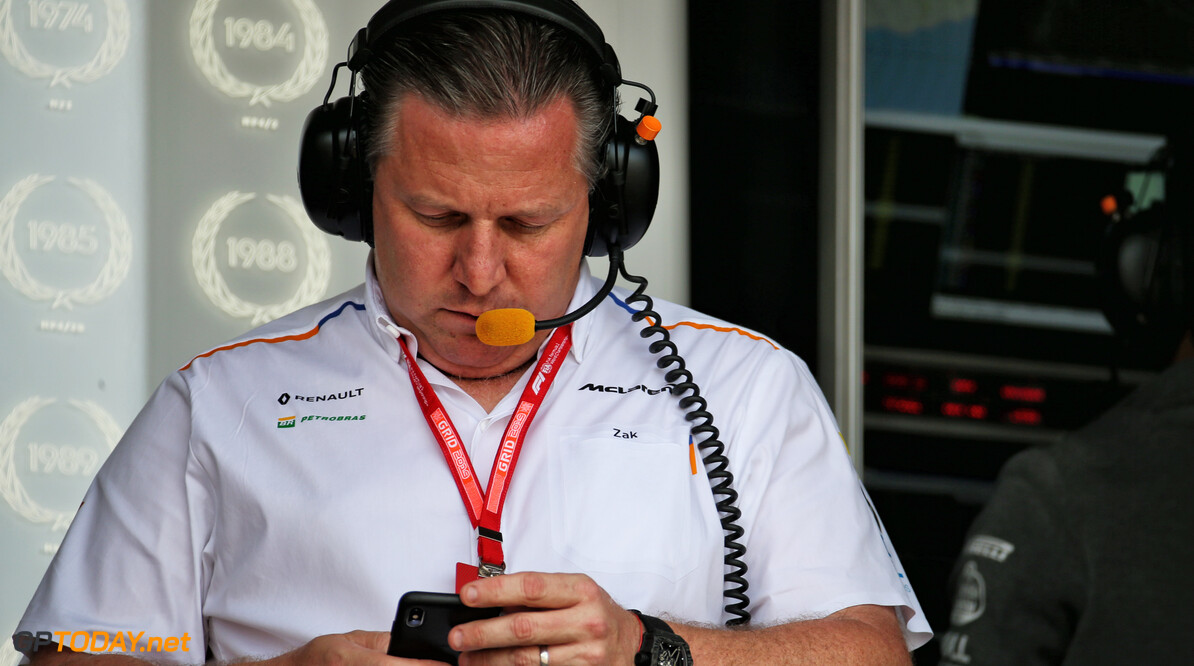 Brown: Some current F1 drivers have contacted me over future IndyCar drives

McLaren CEO Zak Brown has revealed that some current Formula 1 drivers have been in contact with him regarding future outings in the NTT IndyCar series.

In 2017, Brown was involved in the project of allowing Fernando Alonso to skip the Monaco Grand Prix in order to compete in the Indianapolis 500.

Alonso was in contention for the win but retired with an engine failure towards the end of the race, before returning to The Brickyard last year - however the Spaniard failed to progress beyond qualifying.

MORE: Renault admits Alonso is 'an option' for 2021

Speaking to Indy Star about the 2017 deal between McLaren, Honda and Andretti Autosport that saw Alonso make his Indy 500 debut, Brown said: “You just didn’t do that stuff in Formula 1.

“It was quite exciting, but I don’t think there are a lot of other team bosses in Formula 1 that share the same view and passion for IndyCar as I and McLaren do.  We were kind of joking around about it, and we agreed to do it just before the Chinese Grand Prix that Sunday morning.”

Brown added that it was a “brave decision” for Alonso and the team to through themselves in the deep end, but believes the move created interest among other F1 drivers.

“I think some people [in F1] thought we were crazy,” Brown said. “I think it was a pretty brave decision for Fernando and McLaren to put ourselves out there with great teams and great drivers, and you can see from 2019 how wrong you can get it.

“I’ve had some drivers contact me that are currently in F1 that would like to do IndyCar when they’re done in F1, so I do think Fernando and McLaren have raised the awareness, but it still might not be something you’ll see often.

“I’m not sure they would have enough time to prepare themselves properly for it. It’s not like a race you can just jump into for a weekend, and then leave. You just need so much preparation.”

McLaren has since upped its involvement in IndyCar, becoming an entry alongside Arrow Schmidt Peterson to form the Arrow McLaren SP team in 2020.