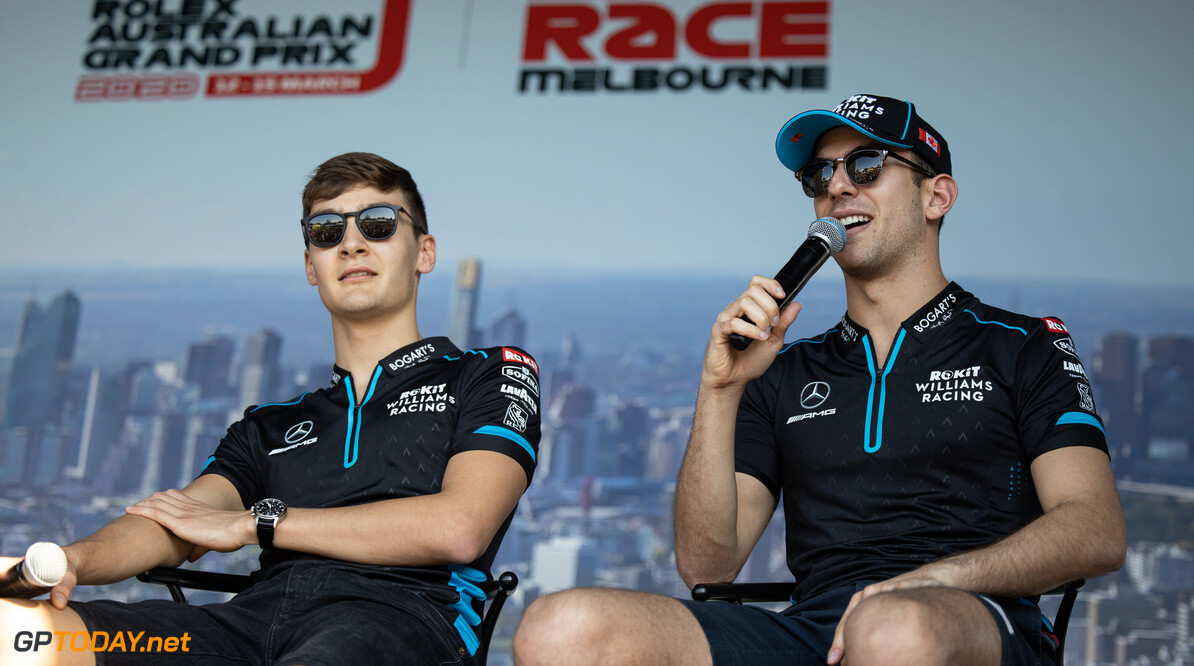 Latifi aiming to push Russell 'as soon as possible'

Nicholas Latifi says he is aiming to get up to speed in Formula 1 and push his teammate George Russell as soon as he possibly can.

After a number of years racing in the FIA Formula 2 championship, Latifi signed with Williams as a full-time driver in 2020, having spent last year as a test driver.

His teammate Russell had his maiden season in F1 in 2019, but was stuck at the back of the field as Williams struggled to compete against its rivals, picking up just a single point throughout the entire season.

When asked by Sky F1 what he is aiming for during his first year in the championship, Latifi said: “It's a difficult one, we're not exactly sure as a team where we are going to be on the grid.

“We know we had a good pre-season test and it's a step forward from last year, but it will be difficult to say 'I want to finish in this position'.

“All I can say is I have my teammate as a reference, he has the same car as me. Like any racing driver you want to beat your teammate.

“So I want to beat George but I'm also aware that going into F1 as a rookie it's very difficult. I know he's going to have the advantage in the first races, but I definitely want to get on pace with him and push him as soon as possible and help the team get further up the grid.”

Latifi was originally set to take part in his first grand prix in Melbourne two months ago, before the Australian GP was cancelled just hours before the opening practice session went began.

Speaking about the weekend, Latifi admits that the situation at the time didn't feel real and seemed like “something out of a movie”.

“It was very weird. Now that it has been a few months since we've been in the situation, it definitely feels real. But when it first happened, it definitely didn't feel real,” Latifi said.

“It felt like something out of a movie, and then seeing the coming weeks, how everything was changing and evolving so quickly, I couldn't wrap my head around it.

“At the end of the day, regardless of the fact that it was going to be my debut in F1, it was still the same situation for everyone else.

“It was very disappointing for sure. It was a long build-up to that, we were a day away from driving, a few days away from getting to lights out on the grid.

“And then having it taken away was very strange but I've just been keeping ready and I know the opportunity is going to come eventually.”