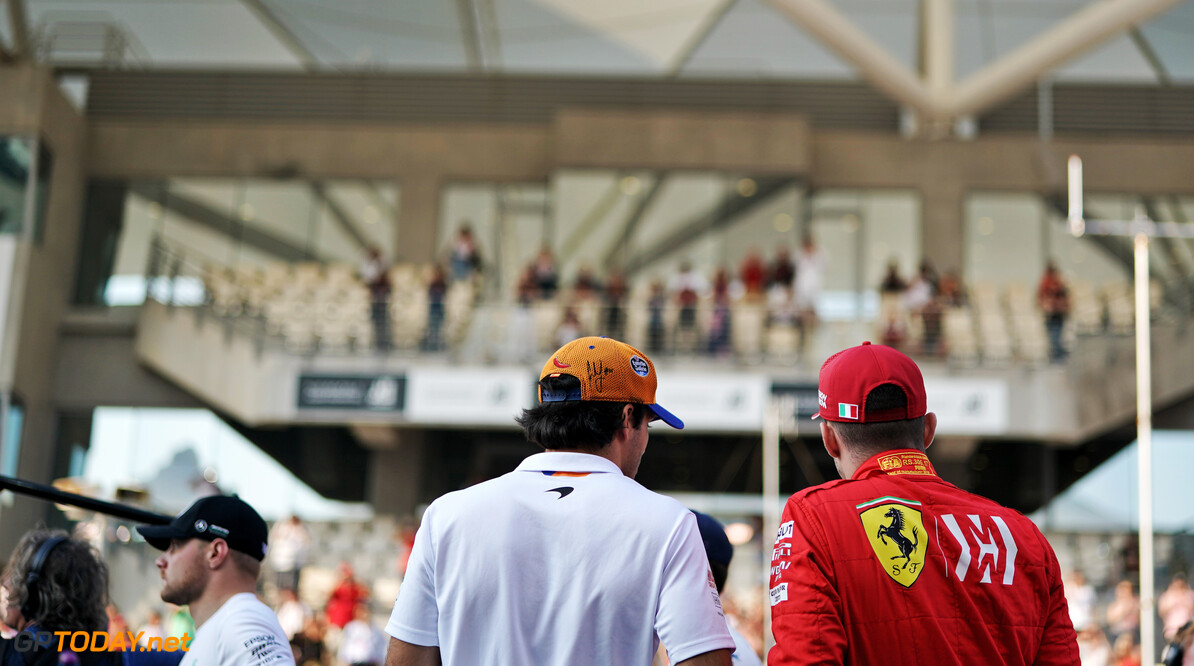 Last week, Sainz was announced as a 2021 Ferrari driver following confirmation that Sebastian Vettel would not continue with the Italian team past the 2020 campaign.

Sainz has been tied down to a two-year contract, while Leclerc signed an extension late last year, meaning he will remain a Ferrari driver until at least the end of 2024.

MORE: Column: The challenge that faces Carlos Sainz at Ferrari

“Ferrari, if they thought they were hiring a number two, might have underestimated Carlos,” he said, as quoted by Reuters. “I hope they haven’t done that.

“I think Carlos is bloody good. Maybe Charles might edge him in qualifying but when it comes to the race, I think Carlos will be all over him. I think he’s going to be fighting to earn his stripes there, he really is.

“I think the pressure actually will be on Charles’ shoulders. When Carlos really steps up he could be the surprise show there and make the Tifosi very, very happy.”

Sainz spent his first two full seasons in 2015 and 2015 in F1 with Toro Rosso, before leaving the team towards the end of 2017 for Renault, where he remained throughout 2018.

Last year, he joined forces with McLaren and delivered consistent performances throughout the season to end up sixth in the drivers' standings with his first podium finish secured.

“When you go through Toro Rosso and that whole movement around, you don’t necessarily get the chance to develop fully,” said Carlin.

“To me, the driver we saw 12 months ago at McLaren when he became teammates with Lando, that’s the Carlos I remembered when he drove for us back in F3.

“Far more relaxed, far more comfortable in himself and far more confident. He’s matured into the real deal. I was very, very happy for him.”