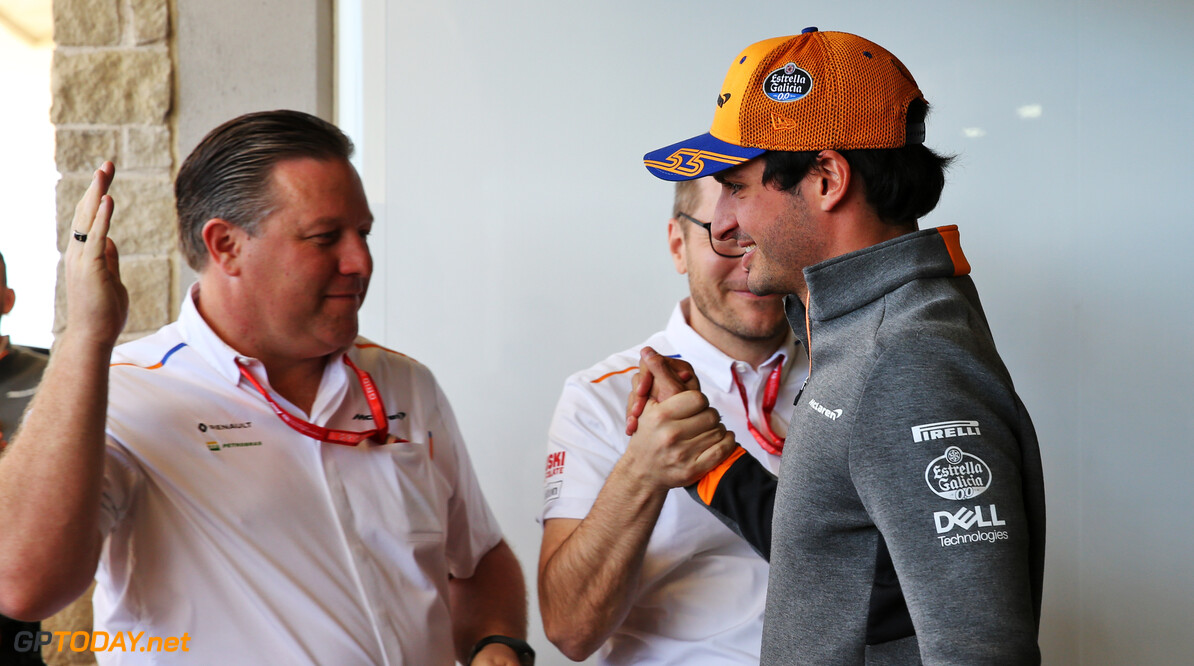 Brown assures no harsh feelings with Sainz over McLaren departure

McLaren CEO Zak Brown has assured that this is no bad feelings between himself or the team and their driver Carlos Sainz, who will depart for Ferrari at the end of the season.

Sainz was announced with Ferrari for next season on Thursday following the news of Sebastian Vettel's departure from the Italian squad earlier. This then allowed McLaren to announce it's signing of Renault's Daniel Ricciardo for 2021.

With Ricciardo announcing his departure from the Renault team after only two seasons, team principal Cyril Abiteboul hinted at a lack of loyalty from the Australian, but Brown is positive no such things are being thought about in McLaren about Sainz.

Brown also noted that the team had given permission to Sainz to meet with Ferrari to discuss a possible signing and admitted that he can see why Sainz would want to sign for a team such as Ferrari.

"Carlos and I spoke about it, so it wasn't hearing stuff through the grapevine," Brown told Sky F1 in a recent interview.

"I think how the majority of these driver movements happen is everyone is sneaking around the back of the motorhome, trying to have secret dates. I think McLaren has a bit of a different philosophy on our relationships with our people, including our drivers.

"It was a conversation that Carlos had with Andreas [Seidl] and I over the winter. We actually had to give him permission to go speak with Ferrari, and we gave him that permission, so it was very above board.

“I think you can see [that] by the way we’re eventually going to part. “He did a great video, which we didn’t even know he was doing, that’s something he did on his own."

Brown hopes there will 'always be affection' for Sainz at McLaren

With Sainz moving on from the team at the end of the season, Brown said he was pleased with how the team managed the news and that Sainz will always be thought of fondly at the team.

Brown also noted how close the team were to Sainz's family and that it was positive that such relationships could be kept even after a driver leaves the team.

“So I think there’s a real affection for the Sainz family and McLaren and always will be, and I think it’s great to see that drivers and teams can separate and there not be animosity," Brown added.

“Because I think if you look at some of the other movements, it looks like unfortunately there’s some bad blood – yet those people still need to race together this year. So I’m quite proud of how we’ve handled it."