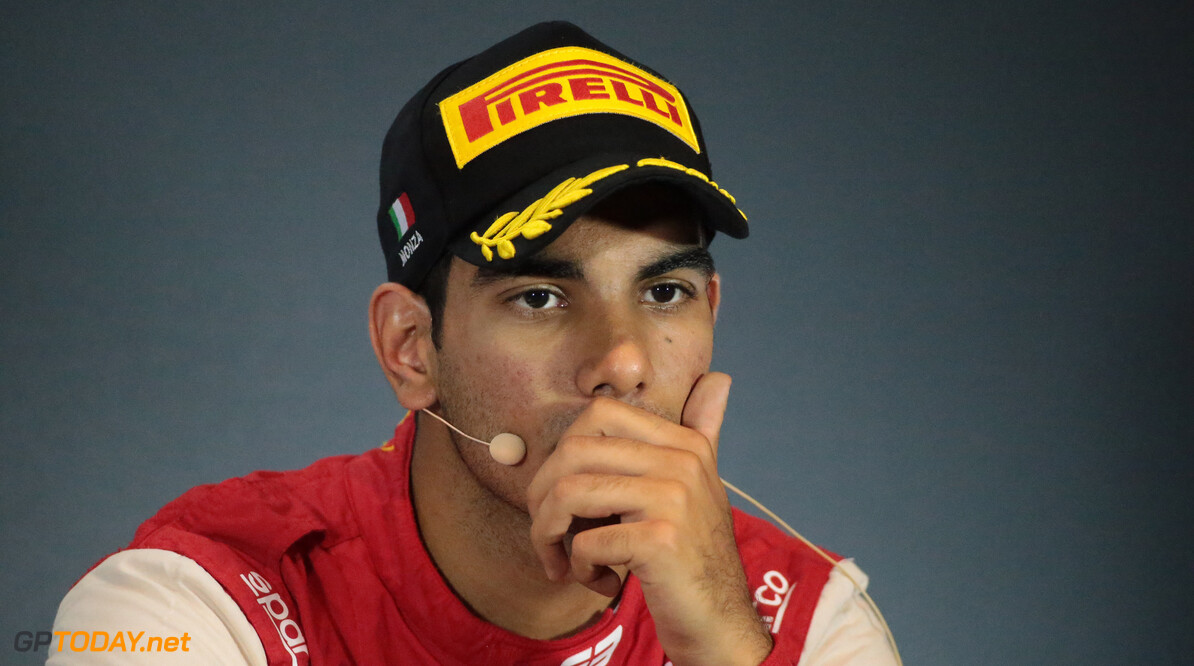 Jehan Daruvala has announced that he has joined the Red Bull Junior Team for the 2020 season.

The Indian racer will compete in the FIA Formula 2 championship this year at Carlin alongside fellow Red Bull junior Yuki Tsunoda.

The 21-year-old has experience at the Carlin team, having raced for it for two seasons in the European Formula 3 championship in 2017 and 2018.

“I’m very happy to be back for my third season with Carlin,” he said. “It’s great to be working with some of the same people again on the engineering side as I make the step up to F2.

“It’s a new challenge for me, but I think for everyone, including the teams there will be things to learn this year.

“I’m very proud to be going into the season as a Red Bill Junior which will of course be added pressure but I believe I have the platform to deliver, so it’s going to be up to me.  I can’t wait to get going.”

Team prinicpal Trevor Carlin added, “We’re delighted to welcome Jehan back to the team for his third season with us.

“His performances last year in FIA F3 were extremely impressive and we really believe in him.  There’s no reason why he can’t make it all the way to the top.

“Without a doubt there will be a lot to learn – both for Jehan as a driver in a more powerful car and also for the team with the new 18-inch wheels but we have a great team ready to meet those challenges.”