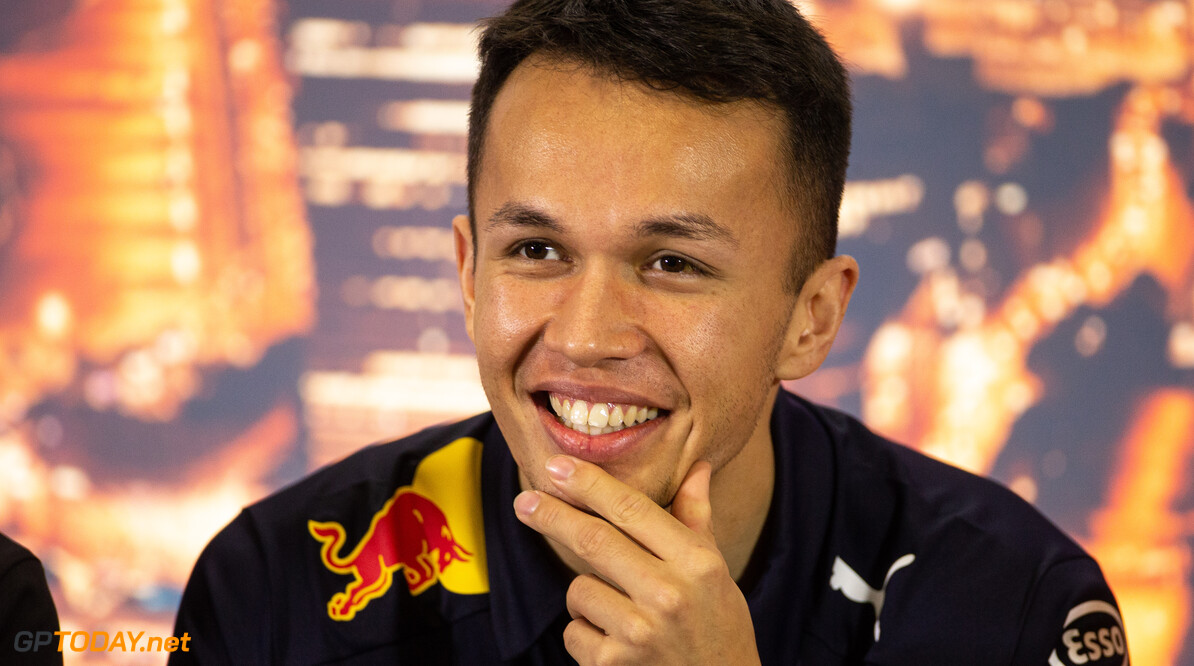 Red Bull's Alex Albon has revealed that the team hope to develop the new RB16 throughout this season and carrying the success from the end of last season forwards.

Albon, who briefly touched also on his time with the Toro Rosso team in 2019, said how he even felt the improvements in last year's RB15 from the nine races he competed in last year with the car.

Albon said that it was also the goal for the team to be able to develop the new chassis just as well as last year and ensure it becomes a better package as the year goes on, despite the major change in the regulations for 2021.

"The first year has been interesting. Its been really important as well because even though I was only at Toro Rosso for seven months, there was that learning curve," Albon explained.

"The races have been going really well and of course the focus is on this year and making the car go faster. Last year we ended strong.

"The car was getting better and better and there was plenty of that we can improve on with this year with the pace and straight-line speed."

Albon's personal 2020 goal is also to evolve with the car

Albon hopes that for this season, his first full season with the Red Bull senior team, that he can evolve with the car and become a better driver with each race he competes in this season.

Although he exclaimed in Wednesday's press conference in Barcelona that he would initially like to be in a position to challenge for victories in 2020, he was focused mainly on becoming a better driver and learning more every time he drives the car.

"Yeah, that is the goal (to win races). Saying that, it's probably more of a personal goal and more for myself," Albon added.  "I felt like I was improving each time I got into the car and this year it's just about evolving that and not setting expectations or targets.

"I just want to focus on each time I get into the car and satisfy myself every time."