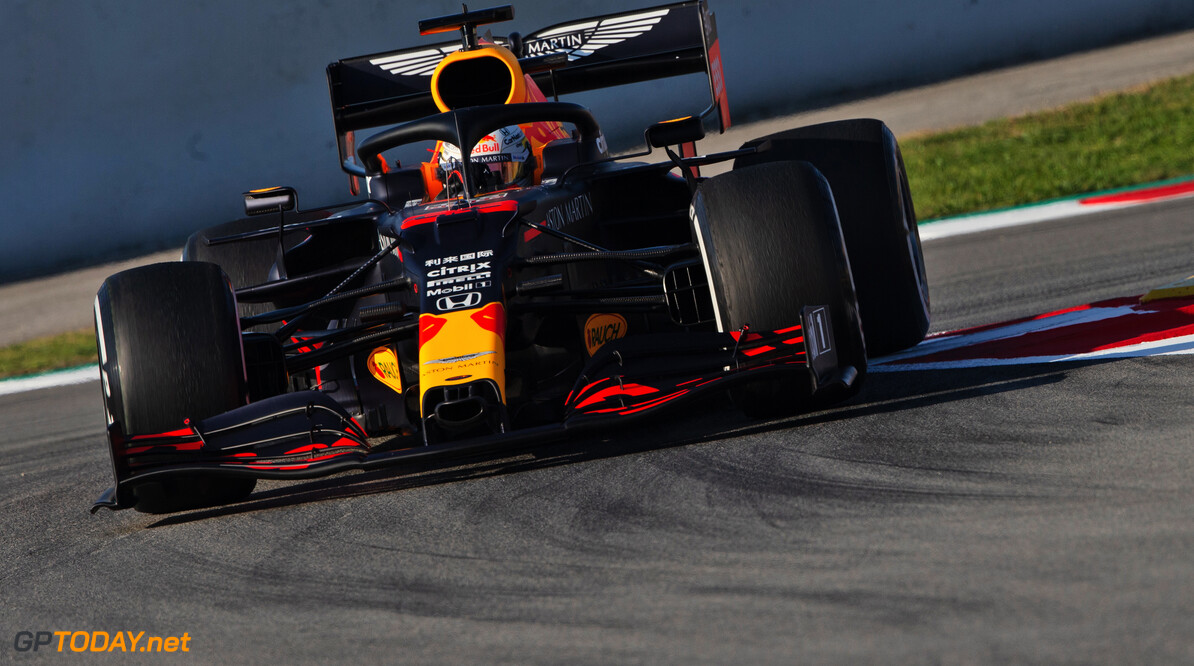 Red Bull's Max Verstappen says that the RB16 appears to be "fast everywhere" following the openign day of pre-season testing.

The Dutchman ended the day in fourth place with the most laps of any driver, circling the Circuit de Barcelona-Catalunya 168 times during the day.

His fastest lap time was half a second down on the session-topping time from Lewis Hamilton, however Verstappen is not reading anything into the pace at the early stages.

"The car is fast everywhere, that's a good thing," Verstappen told media including GPToday.net. "The reliability seems to be even better, so that is all very positive."

"It has been a good day. The car has been working really well with the engine. That's what we want to see, it's [reliability] the most important thing.

"I am very happy about that. We want to know everything about the car and try things out, then analyze the data and see what we can improve."

Verstappen spins a result of searching for the limit

However, Verstappen did not endure the smoothest of days, despite his impressive mileage in his new car.

The Dutchman spun twice at Turn 13 in the morning session, admitting that he was pushing to find the limit of the RB16.

"I touched the gravel once, which is why I spun," he said. "Another time, I just lost the rear at the same corner. Those things can happen trying to see the limit of the car.

"These things are a part of it and luckily there was no damage."