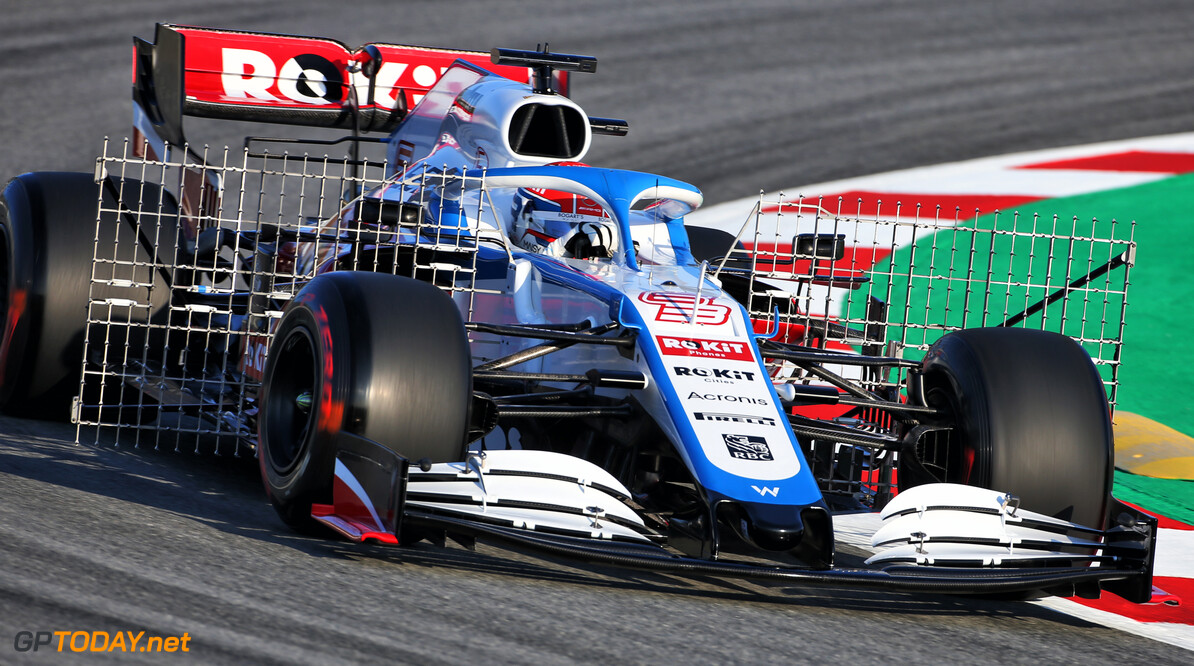 George Russell has spoken in praise of his new Williams car that made its debut at pre-season testing on Wednesday morning.

The Briton set 73 laps during the four-hour session with a fastest lap time of 1:18.168, which put him sixth on the timesheets.

Last year, Williams endured a difficult season in which it struggled against the pace of its rivals, finding itself stuck at the back of the field for the entirety of the season.

The team has been working to fix the issues it endured in 2019, with Russell affirming that he instantly recognises the stronger handling of the car.

"I'd say definitely the general handling of the car is much better," Russell said. "From lap one today, I had confidence to push the car to the limit, whereas last year, it wasn't a nice feeling in the early laps.

"It was quite scary to drive actually last year in the opening laps, trying to build that confidence."

However, the 22-year-old is remaining cautious, as there is still a lot to go through before the true pace of the car is known.

"Already that's better, but not always a nice car to drive is a fast car. So it's a lap time-based sport and it doesn't matter how you get around the lap. As long as it's fast, that's what counts.

"It's been improved in that area, now we just need to see if we have managed to put more downforce onto the car to compete with the guys around me."

12 months ago, Williams turned up to pre-season testing late and only hit the track on the third day of running.

Russell says 2019 was a "character-building year" for the Grove-based squad and believes that it can be more competitive during the upcoming season.

"Everybody was a bit lost last year [at testing] because they didn't know what to do as there was no car here.

"We're definitely excited for the new season. It was a character-building year last year. I'm confident we can go racing this year and have a bit more fun than we did last year. That's what we're all looking for."