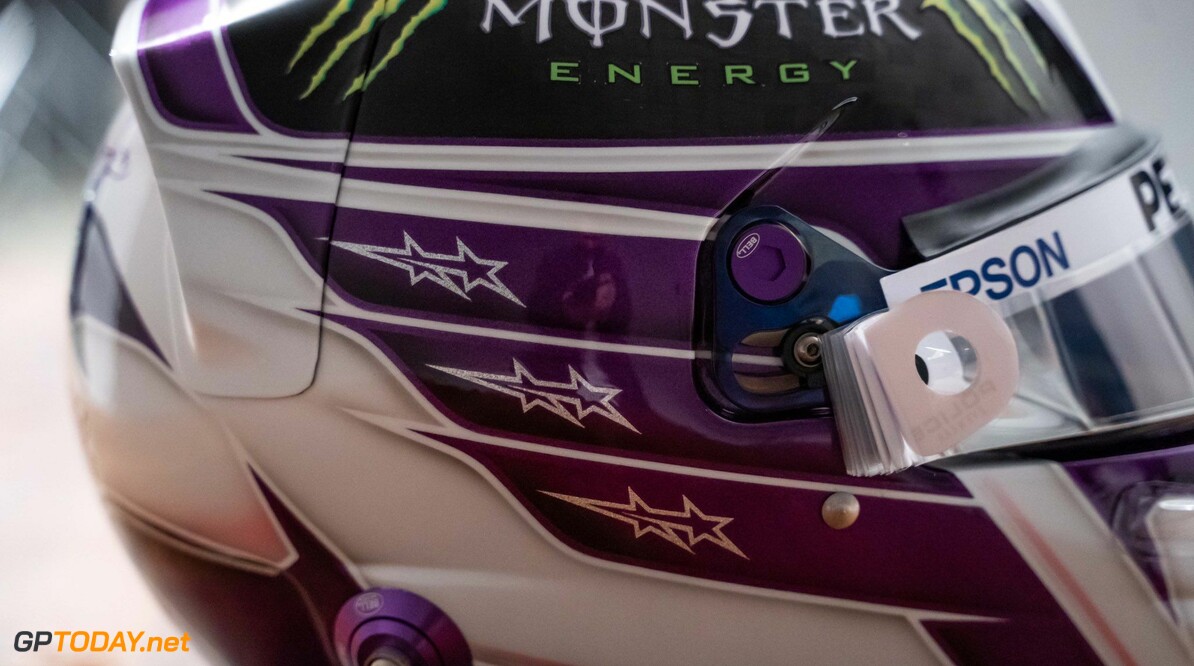 Lewis Hamilton has shown off the helmet that he will use for the 2020 Formula  1 season, as he goes in search of a record-equalling seventh drivers' championship.

The Briton has introduced purple to his helmet for the new season, steering away from the yellow and red design that he has used in recent years.

The back of the helmet features the Christ the Redeemer, as well as his three-letter abbreviation and his motto, 'Still I Rise'.

In 2019, Hamilton won his sixth world drivers' title to move into second place on the all-time title tally list behind Michael Schumacher.

Hamilton's future beyond 2020 is not yet certain, as his current contract with Mercedes expires at the end of the season. However, team principal Toto Wolff recently stated that Hamilton staying at the team is the logical option for both parties.