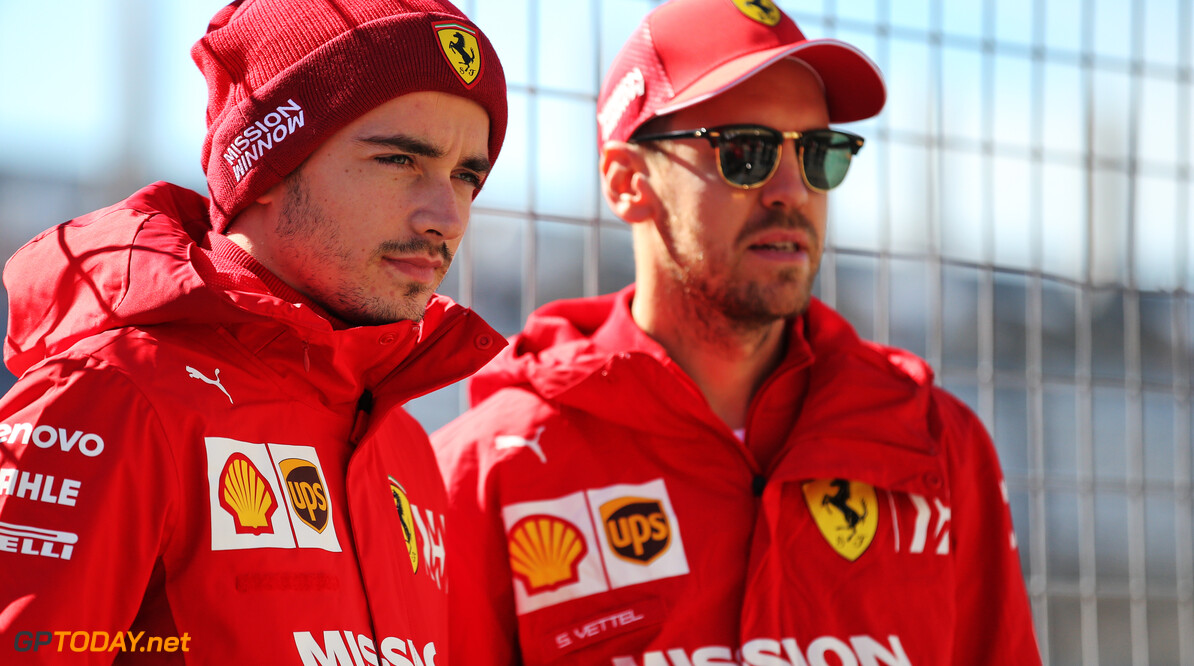 Leclerc: Vettel and I mature enough to deal with tension

Charles Leclerc believes that he and his teammate Sebastian Vettel are mature enough to handle any tensions that arise between them at Ferrari.

The two linked up for the first time in 2019, when Leclerc joined the Scuderia outfit in place of Kimi Raikkonen, who joined Alfa Romeo.

Throughout the year, Ferrari was delivered a number of uncomfortable situations involving its two drivers.

At the penultimate round of the season in Brazil, the two made contact towards the end of the race, with both drivers retiring from the event.

MORE: Binotto: Vettel and Leclerc called each other after Brazil crash | Binotto: Ferrari is 'getting used' to Vettel/Leclerc rivalry

Leclerc says that contact between the two will never happen again as they both share the common goal of bringing Ferrari championship success once more.

"We want to win, we are extremely competitive, and sometimes on track we might have some friction," Leclerc told Autosport.

"But we are mature enough to know that on track is on track and off the track, we are different people.

"I think the most important thing is we work well together, especially off track, to improve the car as much as possible and then not to exceed the limits when we are on track like we've seen in Brazil.

"But I think it was a good lesson for both of us and it won't happen again."

'Vettel and I have grown from difficult circumstances'

While Brazil was the hot point of strain in their relationship throughout the year, there were also team order controversies in Australia, China, Spain, Singapore and Russia.

Leclerc believes that he and Vettel have grown from the experience of being able to handle the tough situations throughout the year.

"There have been times where we didn't really understand each other in some situations," he added. "But I think it's never really good to speak about it straight away after an incident.

"So we left some time and then after Russia, we sat down again in Japan and we understood each other and we have grown from this experience."