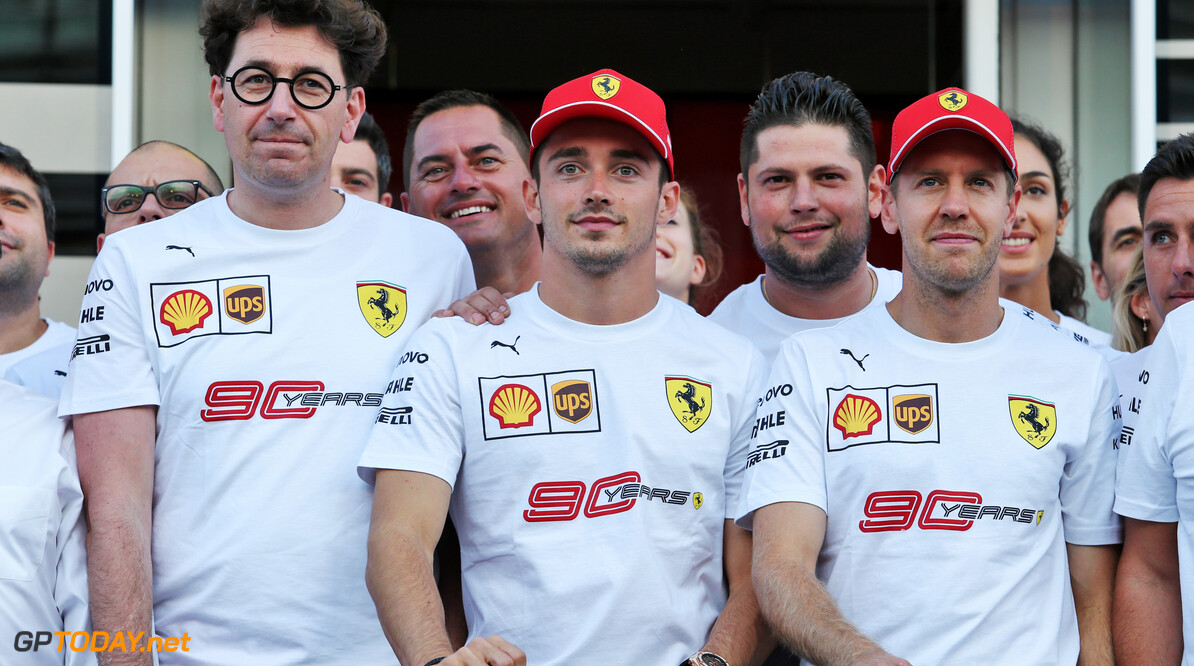 Binotto: Ferrari is 'getting used' to Vettel/Leclerc rivalry

Ferrari team principal Mattia Binotto believes that the team are now starting to get used to having both Sebastian Vettel and Charles Leclerc battling on track.

It seemed at the start of the season that the team were leaning towards four-time champion Vettel as team orders were used in his favour in the opening three rounds of the season.

However, with Leclerc's refusal to become number two in the team, it soon became apparent that Ferrari had an inside rivalry within its drivers.

"Believe me, at the beginning of the year we had some meetings that were difficult to manage," Binotto explained. "But towards the end of the season, I found myself more and more comfortable, which meant we were getting used to it as a team.

"It was certainly not an easy exercise and everyone can do better. But I believe that this is the way to optimise the results."

Leclerc managed a total of seven pole positions and two wins as opposed to Vettel's single pole and win throughout the season as Leclerc used his first full season with the Ferrari team to show his true speed and talent.

'There will be no number 1 in Australia' - Binotto

However, the rivalry came to a head at the Brazilian Grand Prix in November, when the pair made contact as Vettel tried to overtake Leclerc and both Ferrari cars were forced to retire from the Grand Prix.

Being already out of contention for both championships at the time of the accident, Binotto felt it was the right time for such an accident to happen, meaning that the air could be cleared within the team in time for the new season.

Binotto explained after the accident that he felt that it was part of the learning process of having two competitive drivers within the team, and assured at there will be no favouritism next time around when the 2020 season begins in Melbourne.

"When we go to Australia, there will be no number 1," Binotto said. "We'll be stronger next year. Before each race, we sit down with our drivers and discuss all the possible scenarios."