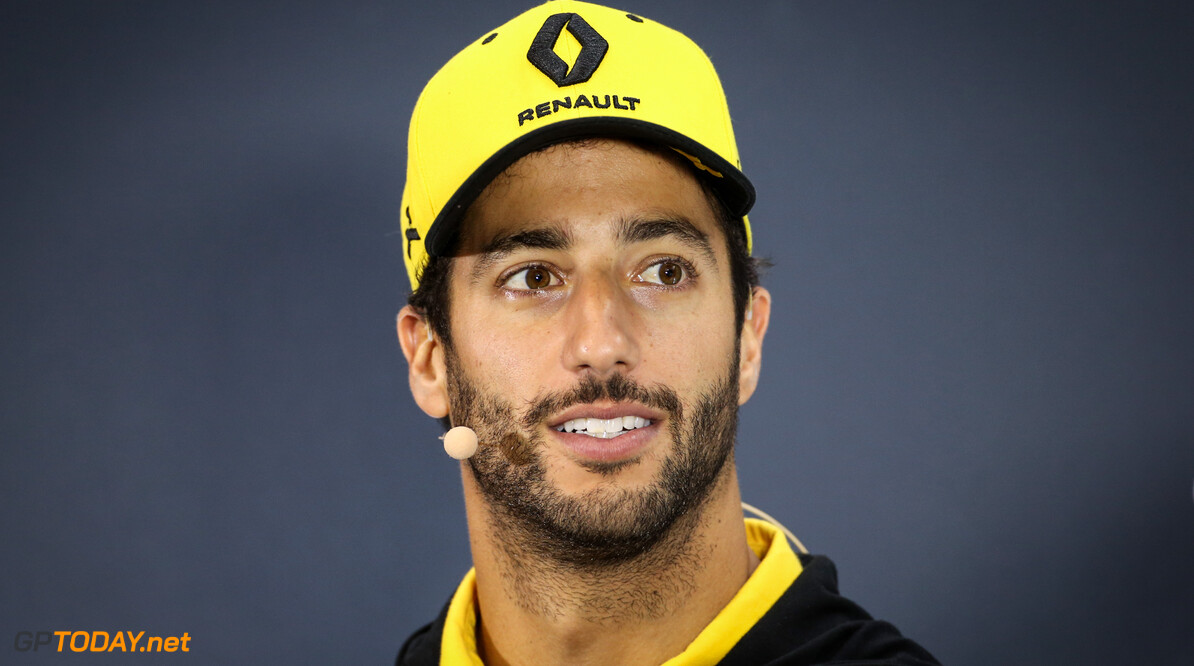 Ricciardo: Nice to be named in Ferrari rumours

Daniel Ricciardo admits that it is nice to be named in the list of potential future drivers at Ferrari.

The Australian is out of contract at the end of the 2020 season, which will be his second year at Renault following his departure from Red Bull.

Sebastian Vettel is also out of contract at Ferrari following the end of the upcoming campaign, while Charles Leclerc signed a long-term deal with the team last year.

It is not yet clear who will partner Leclerc at Ferrari beyond 2020, however Ricciardo acknowledged that his name will always be linked due to his Italian roots.

"I guess it's probably always going to be there. They always linked me to that, with my Italian roots," Ricciardo told Australia's Sunday Times.

"But it's nice to be talked about and still relevant and kind of in the mix as far as names getting thrown around."

Ricciardo endured a difficult openign year at Renault, as the team struggled to consistently keep up with McLaren, who ended the year at the top of the midfield.

He will race alongside Esteban Ocon in 2020, who re-joins the F1 field after sitting out the 2019 season.

Ricciardo says it is still early for him to start talks regarding his future, but admits that he would be happy to stay at Renault.

"It's still early days. I would love for 2020 to work out and I stay, that's the easiest and happiest scenario, I wish for that."