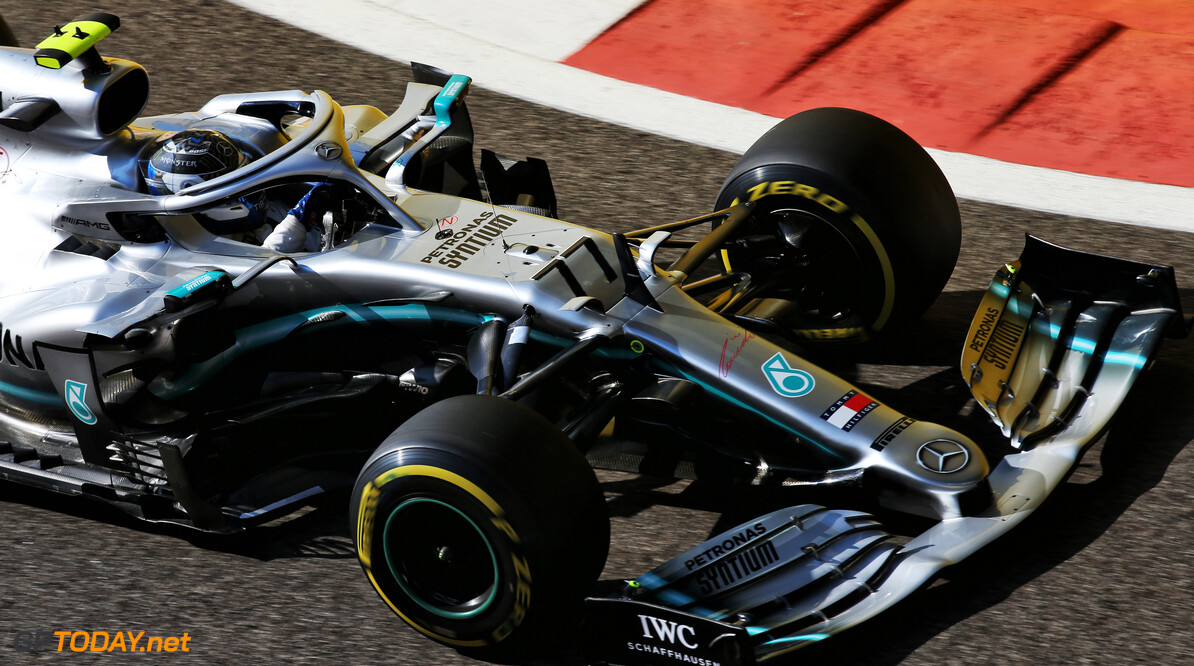 Valtteri Bottas has had a second power unit change in Abu Dhabi after Mercedes uncovered pneumatic leak on Friday.

Ahead of the weekend, Bottas was fitted with a fourth internal combustion engine, turbocharger and MGU-H, which means he has to start at the back of the grid due to exceeding the number of components that can be used penalty-free during a season.

The change came following Bottas' DNF at the Brazil Grand Prix last time out, which was his first mechanical failure in a race since Austria 2018.

Following Friday practice, Mercedes opted to swap out more components on his car, and install a fresh internal combustion engine, turbocharger, MGU-H and MGU-K for the remainder of the weekend.

Bottas' running on Friday at the Yas Marina Circuit was tainted when he came together with Romain Grosjean towards the end of free practice two.

The Finn was reprimanded for causing the collision. However, the Mercedes driver had strong pace, topping both timesheets in the morning and afternoon sessions.

"It was a good day on track, from the first few laps it felt good and the car balance was not far away," Bottas said after the second session on Friday. "It's a nice starting point.

"I had a positive feeling with the car in both sessions, my feeling is really good. I'm sure there are things we can find but it's going in the right way."