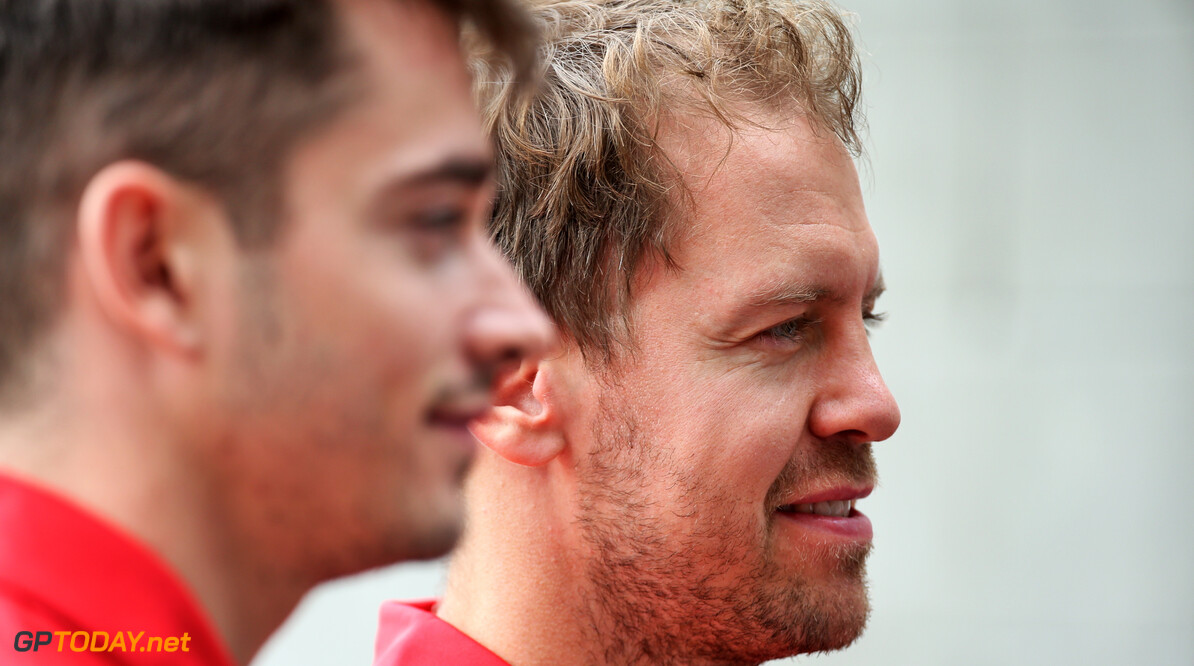 Charles Leclerc says that Sebastian Vettel knows he shouldn't have moved to the left while racing for position two weeks ago in Brazil.

In the latter stages of the race, both Ferraris collided, eliminating them both from the race. It marked the end of Ferrari's points streak that dates back to Singapore, 2017.

Both drivers were called to Maranello after the event to discuss the situation, with Leclerc affirming that both himself and his teammate must accept responsibility for what happened.

“We called with Seb and we tried to understand both of our situations,” said Leclerc.

“I think probably Seb shouldn't have gone to the left and he knows it. And I probably could have done a better job of avoiding him going to the left. So both of us have a bit of responsibility.

“But I think the most important is that everything is clear with Seb now and we move forward.”

MORE: Once I retire, I will not come back - Vettel | Binotto: Second never good enough for Ferrari

The tension within the Ferrari team has been building up over the course of the season, with Leclerc joining the Italian squad in just his second year in the sport.

It has been an overall difficult campaign for Ferrari, who was unable to challenge Mercedes for the world championships.

Despite the trouble that was caused in Sao Paulo, Leclerc confirmed that he is still allowed to race with Vettel, and no consequences of a repeated crash have been mentioned.

"This doesn't change, we will be allowed to race together," he said. "Obviously Seb and myself are very competitive and we both want to win, but we also have to find the right compromise.

“The consequences were huge in the last race but if you look back at the contact it was very, very small. But it was unfortunate so we’ll make sure it doesn’t happen again.”