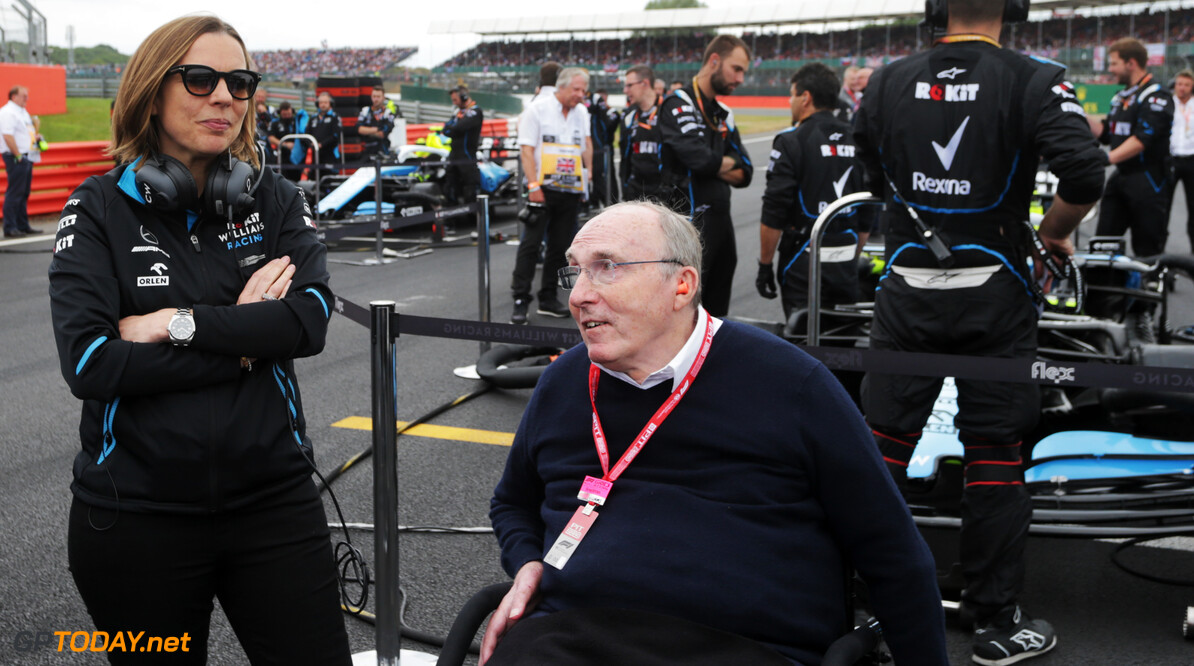 Frank Williams 'more supportive than ever' despite difficult 2019 season

Williams deputy team principal Claire Williams says her father Frank is more supportive of his team than ever despite a "brutal" 2019 season.

The Grove squad has been stuck at the back of the grid for the entire season, scoring just one point when it was promoted into the top ten following penalties for both Alfa Romeo cars in Germany.

It marks the second year in succession that Williams will finish the championship in last place, as its 2018 season was also plagued with difficulties.

Despite the tough season this year, Claire affirms that she has learned a lot over the last two campaigns, and denies that she is close to giving up her role within the team.

“I am not about to give it up because I believe in what I am doing. I don’t let the noise get in the way,” she said in an interview with The Guardian. “I have learned a lot about myself in these two years. I have learned I am stronger than I ever thought I was.

“Dad’s actually more supportive than ever. He has seen a side of me that maybe he didn’t expect I had. It’s not easy, but I have not given up. I am sure a load of people would love me to walk away but I am not going to.

“Dad appreciates that tenacity because he would never have given up. We don’t give up at Williams. It’s not in our nature.

“People ask me: ‘How does your dad feel about the situation?’ As if I am going to say: ‘Well he’s thrashing me every day... He’s not. He understands that F1 is hard work, it’s tough.”

Williams added that the tough season has been a true test of character for everyone involved with the team, but states that nobody in the team is giving up.

"That you don’t give up when the road gets rocky, you keep fighting. That’s one of the greatest lessons my dad taught me. He didn’t have easy racing and easy rides.”