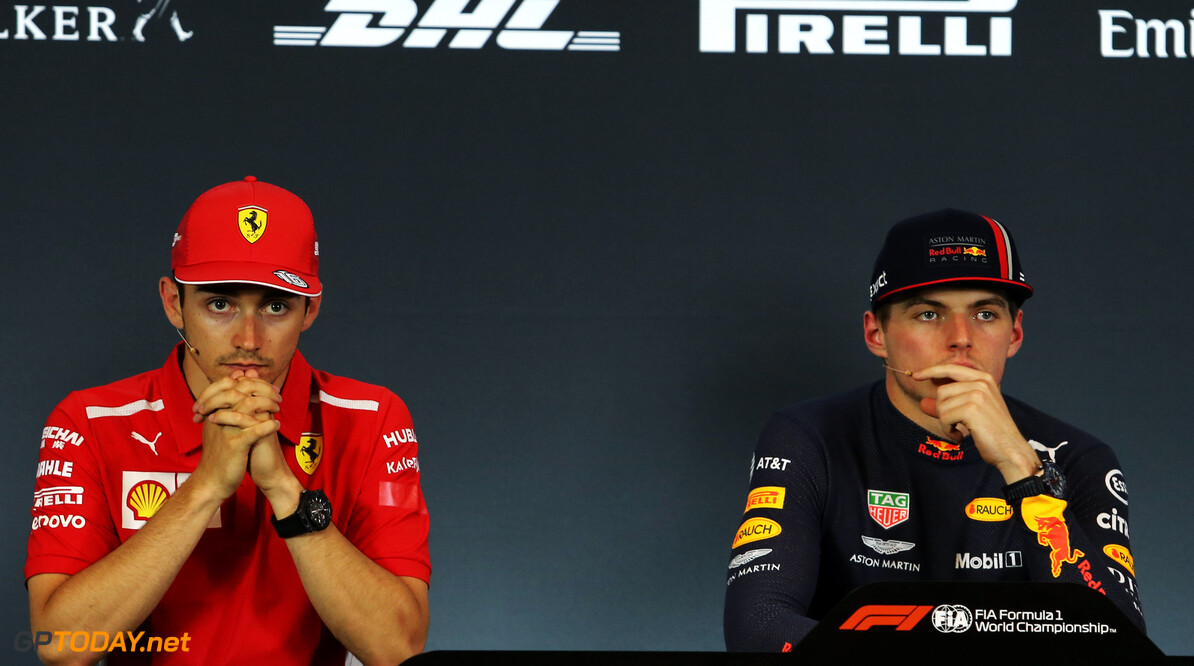 Verstappen: F1's future is not about just Leclerc and I

Max Verstappen says there is more high talent in Formula 1's young generation than just himself and Charles Leclerc.

The two aforementioned drivers have picked up five wins between them this season, racing for Red Bull and Ferrari respectively.

At the Austrian Grand Prix earlier this year, the two were involved in a titanic battle that saw Verstappen chase Leclerc down and overtake him with just a handful of laps left to go.

The pair have grabbed headlines this year driving for top teams - however Verstappen insists that there is even more talent spread across the midfield.

"It's not just about Charles and me, there are some good drivers," Verstappen told Sports Bild. "Lando Norris is very talented, he is very good.

"Maybe George Russell will come, but it is difficult to judge him in the Williams. Eventually, some guys of this generation will compete for the title, because the older drivers are going to quit."

Next year, Verstappen still has a chance to become the youngest world champion in F1's history - and when posed with the choice of if he'd prefer that achievement or eight world titles, it was an easy answer for the Dutchman.

"Eight world titles! That's easy, I would always make that choice," Verstappen said. "It's great to be the youngest, but you always want to be as good as possible.

"I'm not going to say that I'm really going to be world champion eight times - but if I have the choice, I'll choose the eight world titles."

Next year, the Dutch Grand Prix will return to the F1 calendar for the first time in 35 years, with massive support expected for the Red Bull driver.

However, the 22-year-old admits that he prefers the Spa-Francorchamps circuit over his home track of Zandvoort, which will host the race next year.

"If we're only talking about the circuit: Spa," he said when asked which is his favourite. "That's because of the fast corners and because it goes up and down. Of course I love Zandvoort too, but the pure emotion of the extremely fast corners - that's Spa."