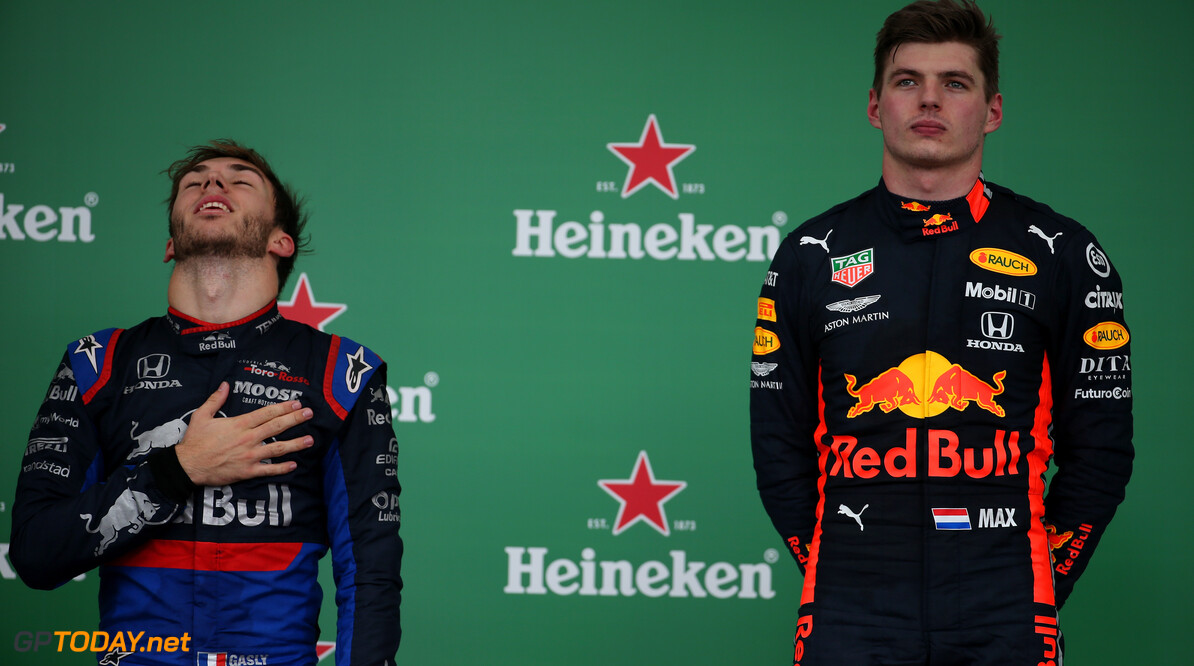 Gasly started the race from P6, and looked to be in contention for a podium finish as he was running in third place with two laps left to run.

Lewis Hamilton made his way past him on the penultimate lap at the safety car restart, however Gasly was promoted to second place moments later when Hamilton collided with Alexander Albon.

Speaking after the race, Gasly stated: "Just all the people that supported me and today with that result I just want to thank all these guys.

"I crossed the line with so many things going through my mind, many emotions as well. It's just incredible."

12 months ago, Gasly was gearing up for a switch to Red Bull Racing, however he only lasted half a season at the team due to poor performances alongside Max Verstappen.

Since rejoining Toro Rosso, the Frenchman has bagged five top-ten finishes, including his podium result in Sao Paulo last weekend.

"The last few months [have been incredible], but also all the years and all the sacrifices since you're young you think about this day and when you first start watching Formula 1," Gasly said.

"You make it and go through so many things to get there and dream to get your first podium, you know I didn't really imagine it was going to happen in my second season with Toro Rosso.

"I just gave everything I had and kept working all the time trying to get more from myself the whole time. It's fantastic I don't know what to say and this is why I love motorsport and this kind of day is just amazing."