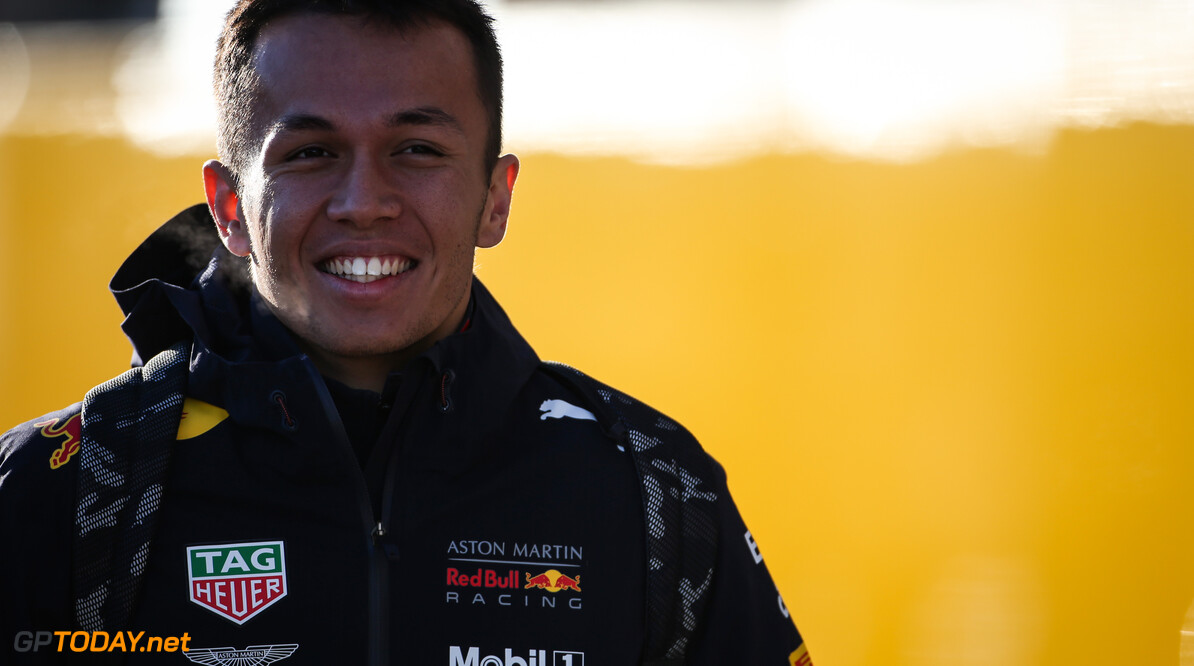 Alexander Albon has stated that it's "crazy" that he has been retained by Red Bull for the 2020 season.

Earlier this week, the energy drink squad confirmed him alongside Max Verstappen for next year, while also announcing that Daniil Kvyat and Pierre Gasly would remain at Toro Rosso.

Albon joined Red Bull midway through the 2019 season despite being in only his rookie campaign, stepping in for Gasly who was underperforming in his maiden year with the team.

In the seven races he has competed in so far with Red Bull, Albon has crossed the line inside the top six - leading to praise from team principal Christian Horner.

Speaking about his 2020 seat, Albon said: "It's crazy really. I say it a lot, but I truly mean it when I say it. To get the call up originally after Hungary was quite a daunting prospect, but I felt like I could do something.

"The races that I've had I've been pretty happy with. Of course, to get the final call that I'll be staying for next year, it feels really good."

Albon admitted that he wasn't giving much thought over the last number of weeks as to whether or not he would have the seat for 2020.

"The way I've been thinking about things is trying to be in the present, not thinking about the external stuff," he said. "That carries on to now. I'll just keep on doing what I'm doing until the end of the season and into next year.

"Knowing or not knowing wouldn't have changed the situation, it's the results that count. That was my focus."

As for his objectives for the final two races of the season, Albon added: "I don't think there are any changes in terms of what I'm thinking and my thought process to the end of the year.

"In the back of my head, it's still 'keep developing and keep getting ready for next year'. Next year, I'll know the tracks more and I'll be more experienced. It's making sure I have a good foundation ready for 2020."