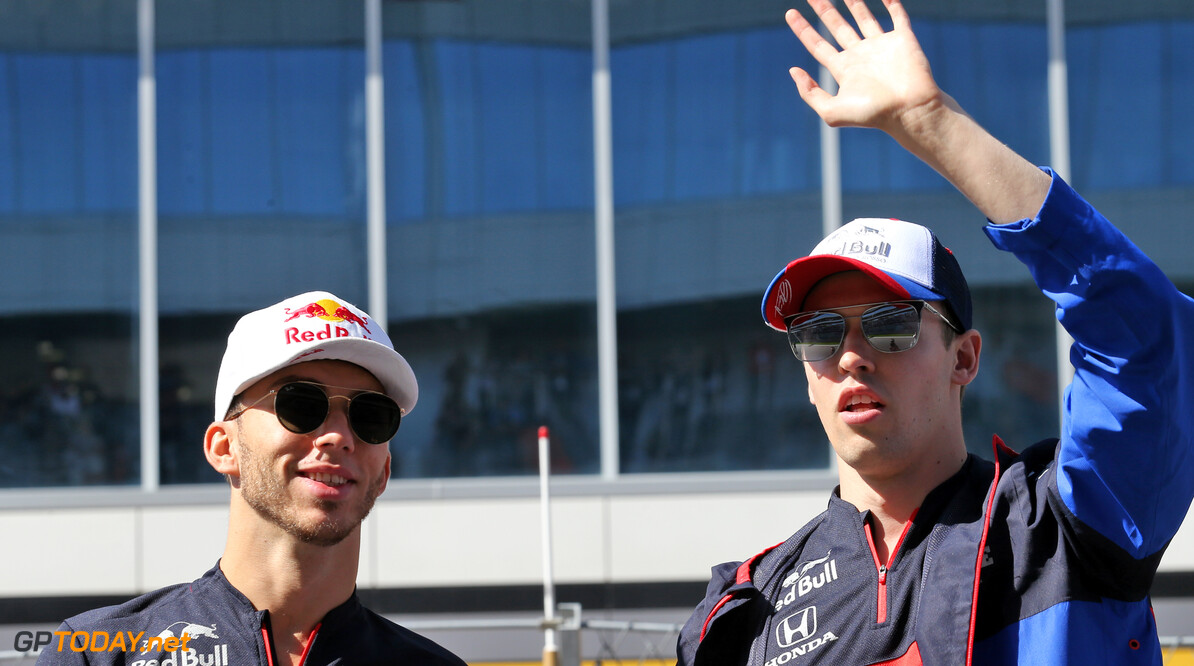 Toro Rosso has confirmed that it will stick with Daniil Kvyat and Pierre Gasly for the 2020 season.

Red Bull also announced on Tuesday that Alexander Albon would remain at the team for next year, eliminating both Toro Rosso drivers from contention for the seat.

However, both will stay in F1 next year and partner each other for a full season.

Kvyat originally joined Toro Rosso in 2014, speaning one year at the team before moving to Red Bull for the 2015 campaign. However, after a handful of rounds into the 2016 season, he was demoted back to Red Bull.

Towards the end of the 2017 season, Kvyat was dropped completely from the Red Bull programme, only to be brought back in 2019 after spending a year working with Ferrari.

“It’s great to be confirmed with the team for 2020," Kvyat said. "I’m really happy because I feel very comfortable with everyone here, I know the team and they know me very well, so it’s easy to understand everyone’s needs.

"We’ve achieved great things together, like our podium this year in Germany, so I hope to deliver a very strong season again for this team next year.

"I’m grateful for the opportunity to continue in Formula 1 and I will give it my all to show the best possible performances next year. I’m really looking forward to more exciting times together.”

Gasly made his debut for Toro Rosso in 2017, replacing Kvyat late on in the season at the Malaysian Grand Prix.

After spending a full season at Toro Rosso in 2018, Gasly received a promotion to Red Bull for 2019 after Daniel Ricciardo left the team for Renault.

However, the Frenchman struggled throughout the opening half of the year, leaving Red Bull to demote him back to the junior team and replace him with Albon.

“I’m really happy to continue with the team for 2020 and I’m sure we have exciting challenges ahead of us", stated Gasly.

"Toro Rosso has always given me the best chances to perform every season and I’m super motivated and dedicated to repaying them with the best results possible next year.

"Toro Rosso has been improving year after year and it’s great to be a part of the journey. I’m very excited to see what we can achieve together in 2020.”

Team principal at Toro Rosso Franz Tost added: “I’m delighted to retain Pierre and Daniil for next season. Both drivers have shown really good performances this season and they have proven in their years in F1 to be very competitive, able to exploit the car’s potential and give valuable feedback to make improvements.

"This young but experienced duo, combined with hopefully a competitive car, will be the best factors to achieve a very successful season in 2020 and I’m looking forward to this extended cooperation.”