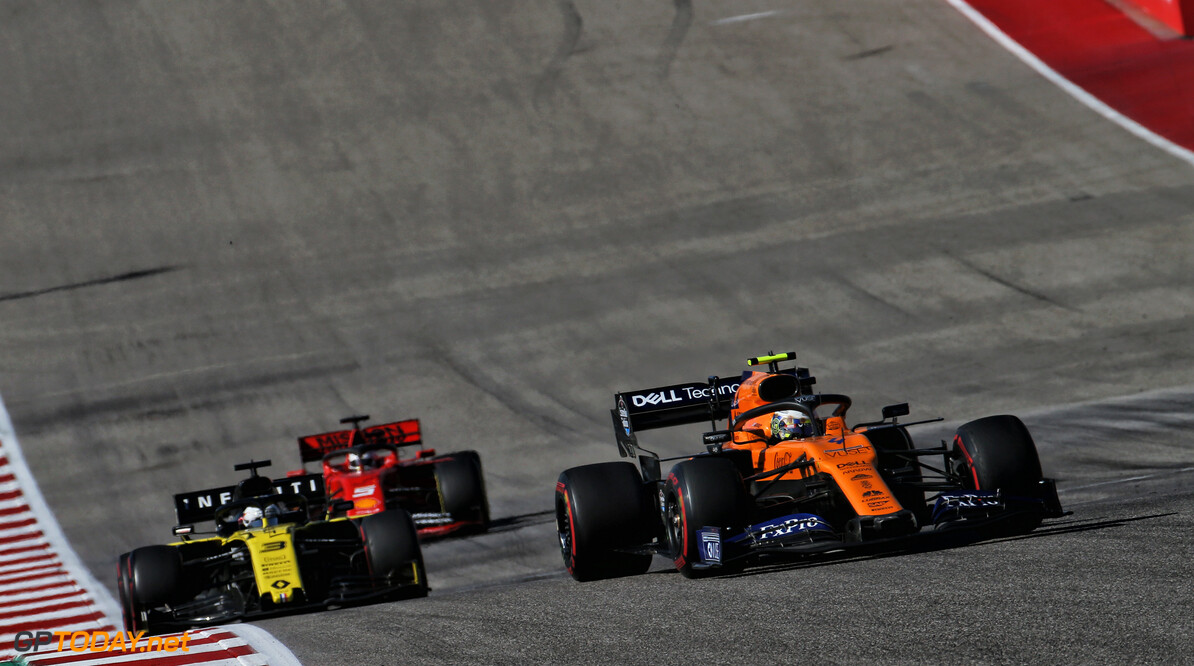 Norris: McLaren 'not much stronger' than other midfield teams

Lando Norris doesn't believe that McLaren is much stronger than other midfield teams, despite its gap in the championship standings.

The Woking outfit currently sits 38 points ahead of Renault, occupying the 'best of the rest' team position outside the top three.

MORE: Norris: McLaren has some 'clear problems' to work on

McLaren is on course for its best constructors' finish since 2012, but Norris believes that it has been something other than just pure speed that has delivered it a stronger campaign this year.

"The other teams are strong, I can't say we're much stronger," Norris admitted. "Being honest, between Carlos and myself, how we work together and how we push each other, I personally think it's better and helps us more than other teams.

"I think we have that advantage. And as a quali-spec car, we are stronger or the car works better with the new tyres and we can extract more.

"But when it gets to the race, it's different. We were slower than Renault, probably quicker than the rest of the teams. But we lose that advantage that we have in qualifying which was four/five-tenths, to be two/three tenths slower than them."

Speaking about his race in Austin, Norris says he enjoyed his scrap with Daniel Ricciardo - but was afraid that the two were going to come together on the opening lap.

"He got ahead of me on the opening lap at Turn 2," he said. "I almost didn't see him, I almost had a huge shunt. It was a bit of a surprise seeing him coming up the inside, he must have been in my blind spot around Turn 2.

"But I got him back, I was in fifth place but their pace was better than us today. Over one lap, we proved that we were the quicker team and had a quicker car.

"Race pace, we were expecting them to be stronger than us, especially with the conditions. So I wasn't shocked that he was able to get past me. I was expecting it at one point.

"We tried the alternative strategy, we tried the two-stop and missed out by one corner, just under a second."