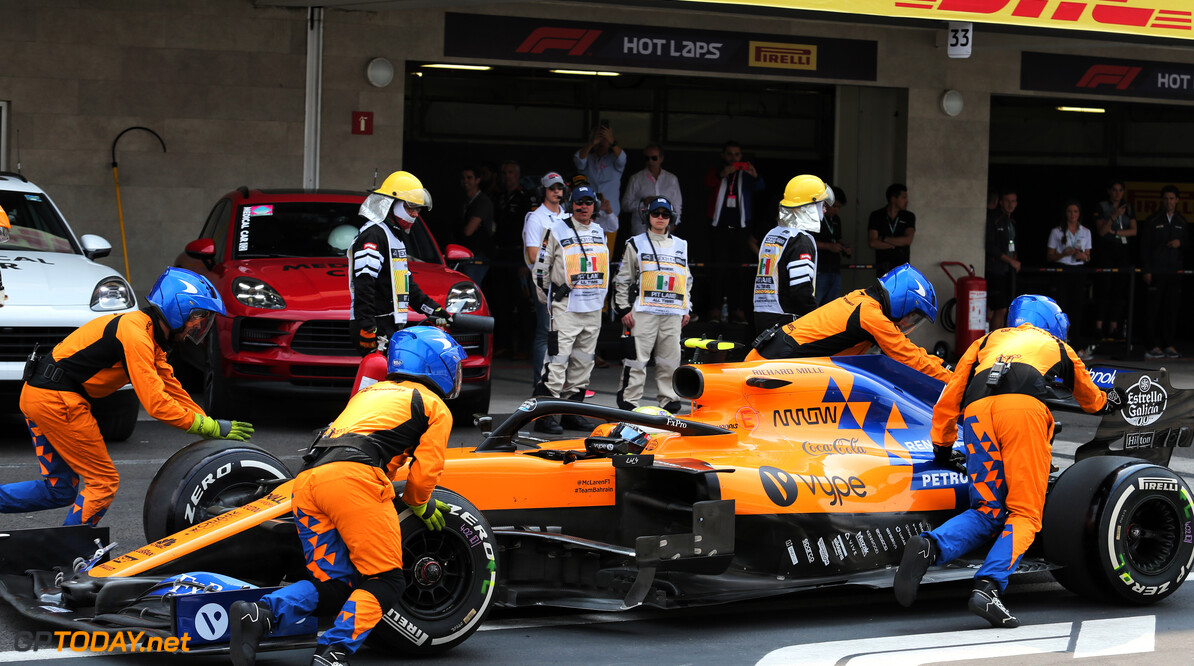 Norris: McLaren has some 'clear problems' to work on

Lando Norris says McLaren has some "clear problems" that it needs to work on for future races.

Norris retired from the Mexican Grand Prix last weekend, in what was a disappointing race for McLaren as Carlos Sainz lacked the pace to score points.

Speaking after the race, Norris confirmed that a cross-threaded wheel nut was behind his botched pit stop, which was the eventual reason for his retirement.

"I’m not sure of the exact problem, it was cross-threaded or something. They thought it was tight, which it was, but cross-threaded," Norris said.

"So I stopped the car in time to get back out, but obviously lost way too much time over a lap.

Norris was forced to start the race on the soft tyre, and switched onto the hard compound when he eventually made his way back into the race.

"I was alright to be honest," he said of the white-walled compound. "I was a bit on my own so I didn’t have to race anyone, I wasn’t forced into doing anything. My pace was pretty reasonable at the time.

"I don’t know what happened to Carlos, one minute it was fine and the next it just completely went. But his final stint was pretty good. I don’t know really.

"As far as my sints went, the first stint was good, the final stint was also alright, but it didn’t really matter.

"We have as a team, some clear problems that we need to work on. This weekend we’ve had a few significant problems with a few things. Our pace has been good, but the handling of the car and how tricky it has been to drive has been a problem.

"It’s a bit of the reason why the race pace hasn’t been as special as it sometimes is. We have things to work on, so just need to make sure we put it together and make sure we don’t have problems next time."