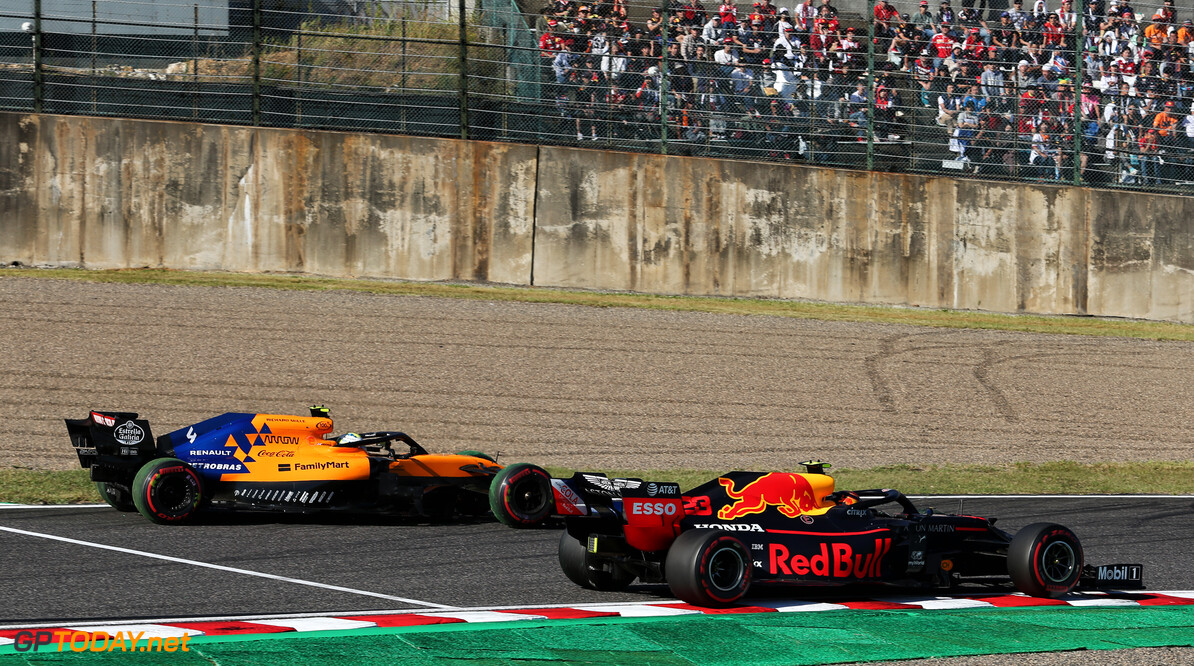 Norris was 'too nice' to Albon after Suzuka clash

Lando Norris believes he acted to nicely to Alexander Albon after they made contact at the Japanese Grand Prix two weeks ago.

In the early stages of the race, Albon attempted an overtaking manoeuvre on Norris, after he dropped behind both McLarens due to a poor start.

At the final chicane, he placed his car on the inside of the corner, taking Norris by surprise and making the move stick, with Norris going off the circuit.

Albon wasn't penalised for the aggressive overtake and Norris stated after the race: "That's how it should be, he sent it up the inside, he made a move, fair play to the guy".

However, after looking deeper into the incident following the weekend, Norris called into question the need for Albon to go for the move, admitting that he was too kind with his comments after the race.

"I was pitting that lap, so I was kind of hoping that he wasn't going to overtake," Norris said. "I thought I had a decent gap over him.

"As I turned into the corner, he was there. He was completely in y blind spot the whole time. After the race, I didn't know there was contact with him.

"Everyone kept asking me 'What about your contact with Albon', and I kept saying 'There was none!'.

"But when I watched the video after, it looked quite different from what it looked like inside the car. There was contact and he ended up a bit on the green.

"So maybe I was a bit too nice from what I said about him. I think he was pushing quite a bit. If I was still racing... it was mixed with me having a problem and maybe me not making the corner anyway.

"But I got forced off by him, that's how it goes. If it happens again, maybe I'll have a different opinion."