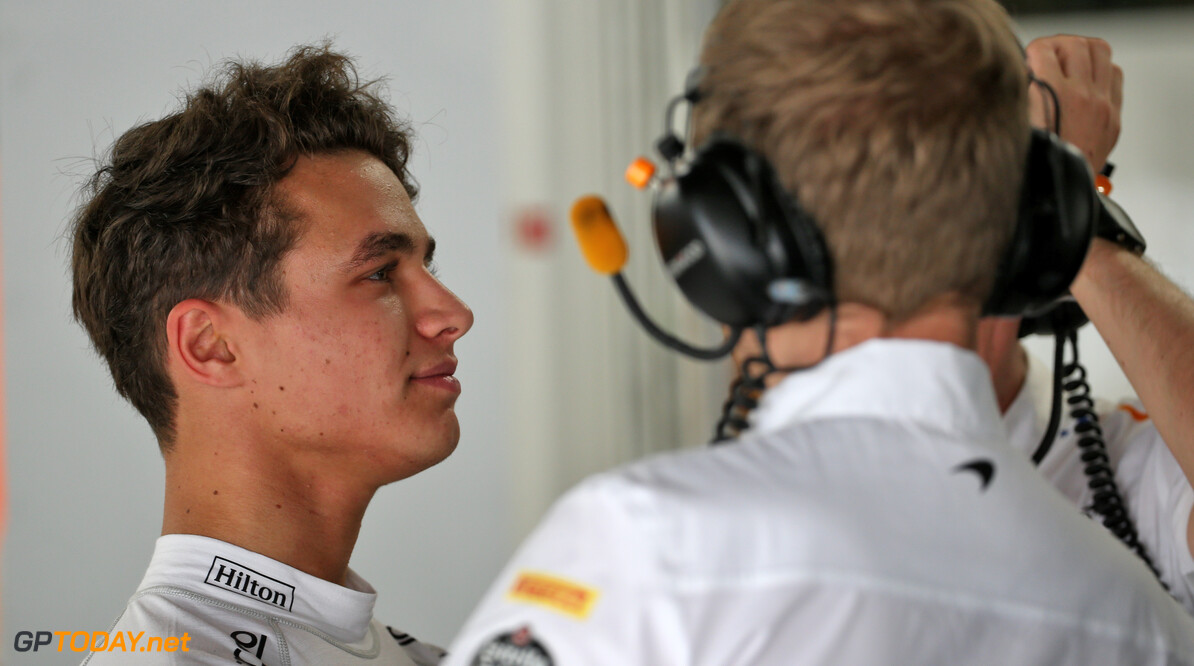 Lando Norris says that it doesn't always take time to get his car setup in the sweet spot, but minor changes make a 'huge difference'.

McLaren enjoyed strong pace throughout the race weekend in Singapore and went to Russia expecting to have some good performance. However, this was not the case with the Woking-based outfit behind most of the midfield on Friday.

The team then made some setup changes that made a big impact, with the team instead qualifying at the front of that midfield pack.

When asked whether his MCL34 takes time to get the setup right, Norris replied: "Some track yes, some tracks no.

"I think that the details that they have in the cars nowadays are so fine, when one thing doesn’t work on the car, nothing works. I think the it’s reason why you see such big differences from some cars on some tracks.

"We go to the next track and it is complete opposite is because some cars, they just don't work properly when the air is not working exactly how it should do. Then can it can make a big difference.

"And we were just struggling for whatever reason, with how we had the car set up to work in this perfect range. And it wasn't like it was too different to what we had in Singapore.

"But it was just, you know, whether it's a bit softer, a bit stiffer or the right is slightly different whatever. It just wasn't working in the same range as what we had previously.

"And it wasn't so much just saying we want to put it back to how we had it in Singapore because we know that's not, although is maybe how bits of the car work better, it's not how we want to be running it for Russia.

"We had to find a good compromise for a good setup for Russia, trying to understand why the car wasn't working, how it should be. And then trying to put them all together, come FP3 because after every that session we generally make big changes for qualifying.

"It's minor things we put on this car that just make huge differences."

McLaren is currently fourth in the constructors' championship, 34 points in front of rivals Renault.