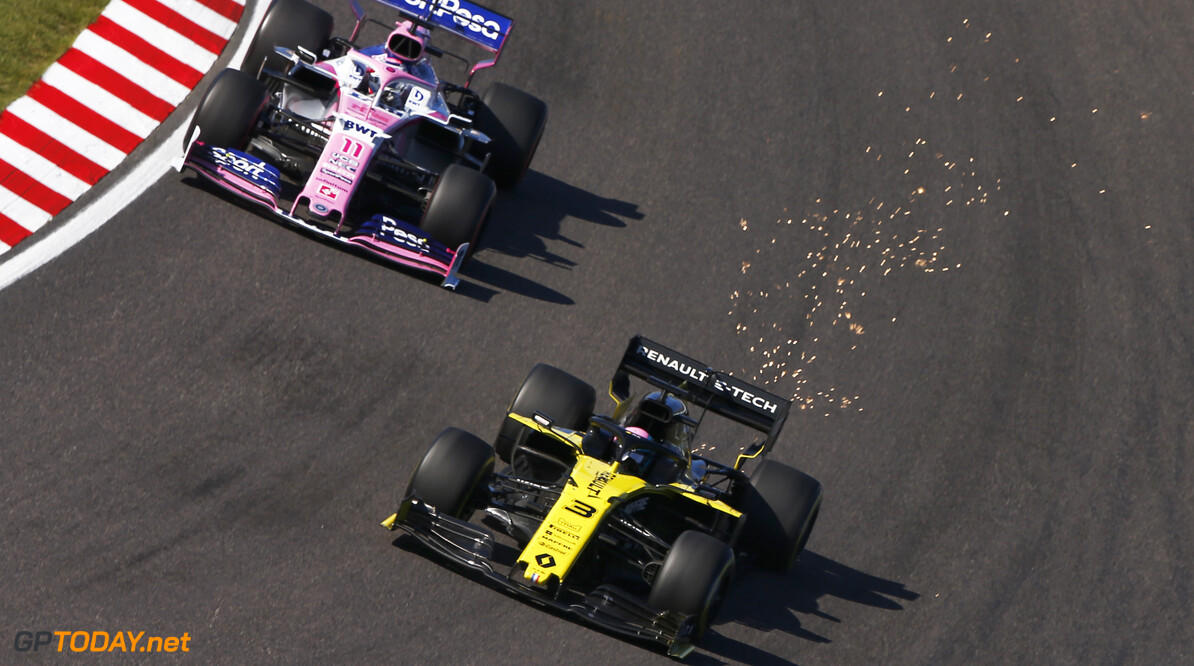 Following Renault's disqualification from the Japanese Grand Prix result, positions in the championship have been altered.

The FIA announced on Wednesday that Renault had been found guilty of using driver aids, following a protest launched by Racing Point in Suzuka.

With Daniel Ricciardo losing his sixth place spot, Sergio Perez was promoted to eighth, which also sees him gain a number of spots in the drivers' championship.

The Mexican driver has progressed three places due to the penalty, while Daniel Ricciardo has lost three spots, slipping back to 12th place in the standings.

Lance Stroll also benefitted from the disqualification of Ricciardo, moving up one place in both the race results and the drivers' championship.

In the constructors' championship, Renault has dropped nine points amid its hunt for McLaren's fourth place spot.

The gap between the two now reads over 40 points, and with four races to go, the mountain that the Enstone squad is having to climb in order to get the better of McLaren is getting ever higher.

Mercedes, who clinched the constructors' championship in Japan, is allowed to keep it as Charles Leclerc's promotion to sixth is not enough to deny the Silver Arrows.

With 176 points left to play for in the remaining four races, the gap between Mercedes and Ferrari currently reads 177.