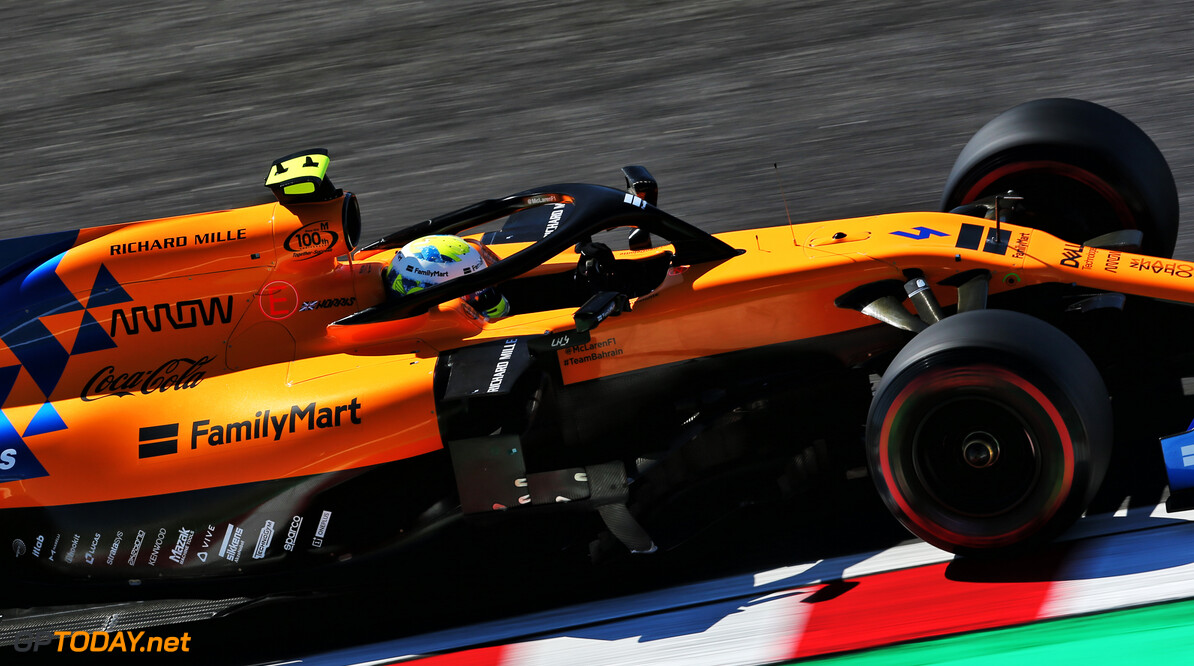 Lando Norris says it's "easy" to make a mistake behind the wheel of the McLaren MCL34 which leads to exits in Q1 or Q2.

Norris has reached the final stage of qualifying on ten occasions this year, matching Renault's Daniel Ricciardo for the most Q3 appearances in 2019 from the midfield teams.

Speaking about the strengths and weakness of the team this year, Norris highlighted the difficulty he sometimes has with the car during a weekend.

"That's where we lose our lap time. And mistakes, whether it's in the pit stops or not putting a lap together in qualifying.

"The car isn't always the easiest to drive and out together, so it's easy to make a mistake and we can quite often be out in Q1 or Q2."

McLaren is currently fourth in the constructors' championship, holding a 34 point lead over Renault for the 'best of the rest' position.

As the team looks to hold onto fourth place, which would be its highest finishing position in the standings since 2013, Norris added that there will be minor upgrades in the remaining races.

"I'm sure there'll be some things, but nothing extreme. There's already from halfway through the season that they're trying to figure out for next year."