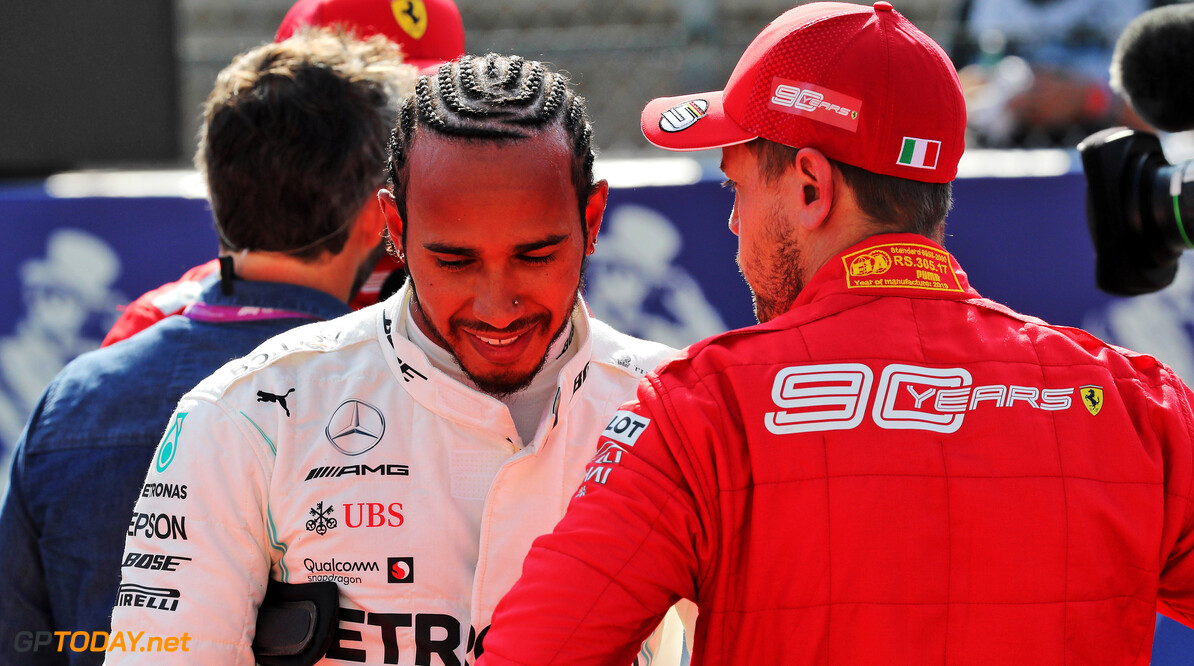 Vettel: Hamilton's titles not solely down to strong cars

Sebastian Vettel doesn't believe that Lewis Hamilton's world championship titles solely come down to him having a strong car.

Hamilton is on course to claim his sixth drivers' championship this year as he boasts a 64 point lead in the standings with four rounds to go, which would mark his third in a row and fifth with Mercedes.

In the opening three years of the hybrid era that began in 2014, Mercedes had the undisputed fastest car in the field, which delivered Hamilton two world titles.

MORE: Vettel denies he had personal breakthrough at Suzuka | Hamilton urges people to 'go vegan' to 'save our planet'

Vettel challenged Hamilton for the championship in 2017 and 2018 but lost out, and Ferrari struggled to produce a car capable of challenging Mercedes in the opening half of the 2019 season, allowing the Silver Arrows to streak away.

When asked if he thinks Hamilton deserves his titles, Vettel replied: "He does. I think obviously Mercedes has had the best car over the last couple of years and I think there are other drivers who have had a good chance at winning, a championship, the championship, whichever you talk about.

"But it's more than that, it's the combination of that. As much as I didn't enjoy the years he was winning, especially when we were fighting, not so much towards the end as I would have loved to, you have to appreciate the fact that it's the combination."

Vettel added that the work that Mercedes and Hamilton have done over the last handful of years has turned it into a force that is "very difficult to beat".

"It's not just Lewis, it's not just Mercedes, it's the combination too that has got to a point where they are very, very difficult to beat, very consistent and very little errors," Vettel admitted.

"So credit to him, credit to the team. I don't think you can separate the two, it's only fair to mention the two of them."