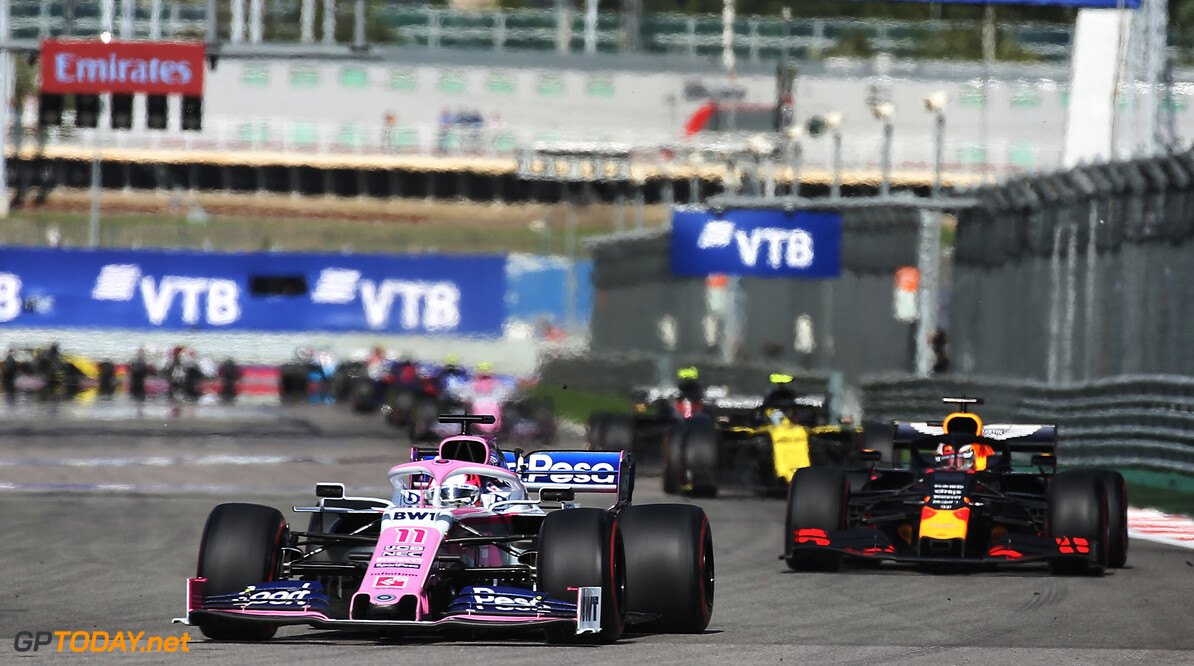 Racing Point driver Sergio Perez hailed his performance and result at Sunday's Russian Grand Prix as one of the best of his career, and said that it is proof that Racing Point is working hard to improve performance and to close in on the team's rivals.

Perez managed to finish in seventh place, in between his rivals at McLaren">McLaren and ahead of former teammate, Renault">Renault's Nico Hulkenberg.

“Yeah, fantastic. It was a fantastic race, one of my best that I can remember" Perez commented. "Just perfect, everything. The start, when to push and when not to and strategy-wise."

"Probably we were a bit unlucky with the safety car timing and we lost there but we managed to recover and especially to hold on to the people with fresher rubber and we took every single opportunity. We worked hard for it and we could not do any better today.”

Perez said he believed that the result in Sochi showed the team were working hard towards improvement and hoped that the strong pace shown during the weekend can be carried on towards the final races of the season, as Racing Point work to close up to rivals McLaren and Renault.

Racing Point currently sit seventh in the constructors championship with 52 points, 49 points away from McLaren in fourth place, which was the target for the Racing Point team coming into 2019 as they look to close the gap down with five races remaining.

“I think today we done some good progress," Perez added. "Since Singapore I think we closed the gap but we still know we have plenty of work to do especially for Saturdays.”

"I think we are back in the mix with the Renaults and the McLarens. Hopefully the next five races we can be on a run.”