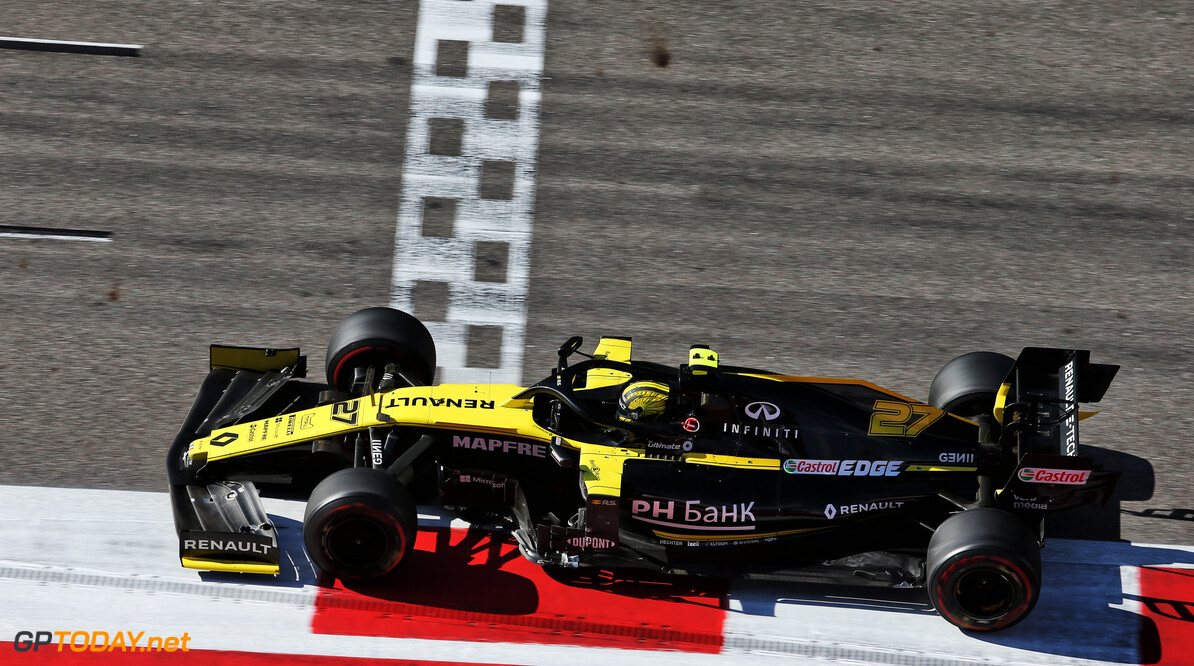 Nico Hulkenberg was left feeling frustrated after the Russian Grand Prix, in which he managed to secure a single point for himself and Renault.

The German started the race from the third row on the grid but dropped positions on the opening lap, before losing more time during a botched pit stop.

MORE: 'Not the right time' to change race weekend - Ricciardo | McLaren to return to Mercedes power in 2021

When asked if the race result was bittersweet after a difficult start, the former Force India driver replied: "I'm bitter, there's nothing sweet about it."

Hulkenberg insists that he has no harsh feelings towards the team over the pit stop, and stated that he needs to review footage of the incident to see if he was possibly at fault.

"I'm not mad at the team," Hulkenberg affirmed. "Of course, it's not ideal and it doesn't help but the guys, they try as hard as they can. I need to find out, maybe my position wasn't great, I don't know.

"It started with a poor start, poor first lap, I lost three or four positions. I raced back, I think I recovered one position or something. We wanted to undercut, but then obviously the slow pit stop put us right back.

"Every tenth matters so if you lose a couple of seconds, that's bad. Then I had to push on and use my tyres a lot, which is always difficult towards the end of the tyre life stint.

"There was a virtual safety car that went against us too, two guys sneaked by us. It kind of all unravelled against us. It's unfortunate because the car deserves much better, I had really good pace in the car but I could never really show it because I was stuck behind someone.

With Renault scoring just a single point, it lost further ground to McLaren in the constructors' championship, as Carlos Sainz and Lando Norris finished sixth and eighth respectively.

McLaren currently has a 33 point lead in fourth place over Renault with five races left to run in the 2019 season.

"Today, we lost points again. It's a lot of wood and every race that goes by that we don't outscore them, it gets more and more difficult," Hulkenberg stated. "We need to focus race by race, get everything out of it by staying clean and smooth."