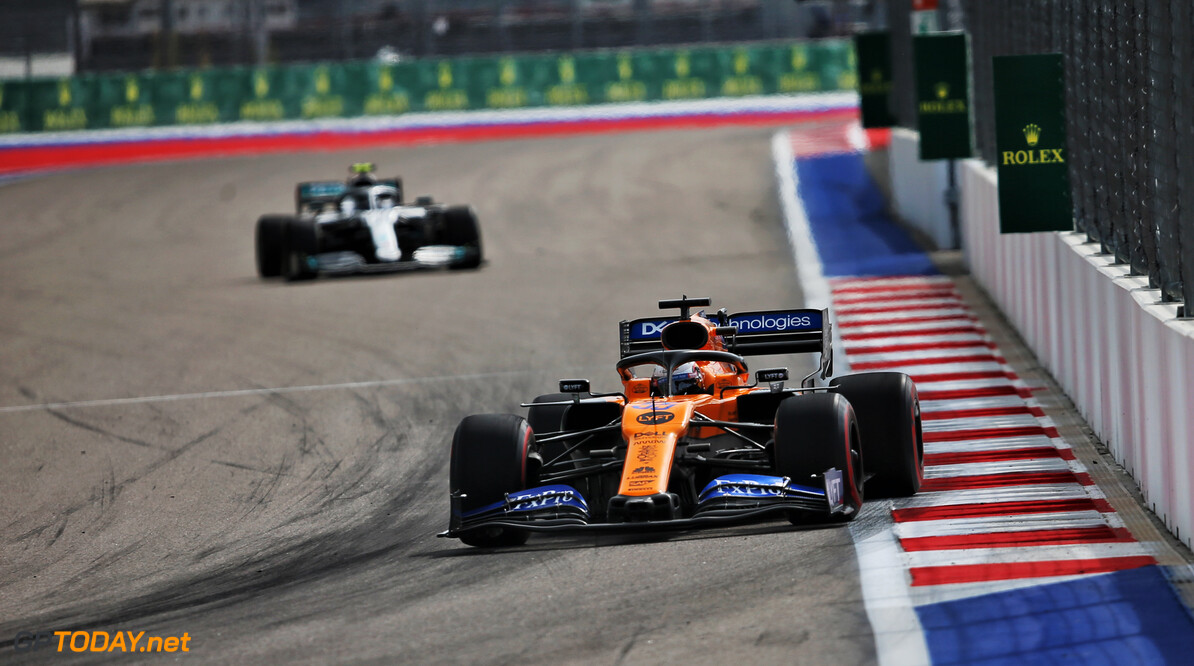 McLaren to return to Mercedes power in 2021

McLaren has confirmed that it will not use Renault power units beyond the 2020 season, ending the partnership that was formed last year.

The Woking squad also announced that it will return to Mercedes units, reuniting the partnership that was held between the two manufacturers from 1995 to 2014.

"We are delighted to welcome McLaren back to the Mercedes-Benz racing family with this new power unit supply agreement," said Mercedes' Toto Wolff.

"Although the two brands share a prestigious history, this new agreement is all about looking to the future and beginning a new era of power unit supply for the years ahead. McLaren have been putting in place the building blocks of their revival over recent seasons, including impressive performances this season with Renault power.

"We hope that this new long-term agreement marks another milestone for McLaren as they aim to take the fight to the sport's top teams, including our Mercedes works team."

The partnership between McLaren and Mercedes ended after the 2014 season when McLaren switched to Honda, who re-entered the sport in 2015 as an engine supplier.

However, after a difficult handful of years, McLaren opted to end its deal with Honda, who is currently supplying units to Red Bull and its sister team Toro Rosso.

McLaren took on Renault units, but endured a difficult 2018 campaign before making strides this season, currently heading Renault in the constructors' championship.

Renault managing director Cyril Abiteboul added: "Since our partnership began, McLaren has gone from ninth to fourth position in the constructors’ championship.

"We can therefore consider this a very successful relationship. However, while looking beyond the terms of the current contract, which concludes at the end of 2020, it was apparent that Renault and McLaren have different ambitions for the future.

"Each of the different elements of this decision have been carefully evaluated over the past few weeks. 2021 will be a crucial season for all teams and it is important for us to have a precise and clear view of the strengths and ambitions of our competitors going forward.

"This decision is in line with Renault’s vision to become a works’ team, with a goal to return to the front.

"Renault will continue to honour its commitments to McLaren Racing next season, as has always been the case over our long history of engine supply."

In the final year of the Mclaren-Mercedes partnership of 2014, the team secured a double podium finish at the season opening Australian Grand Prix, with Kevin Magnussen and Jenson Button securing second and third respectively.

"This agreement is an important step in our long-term plan to return to success in Formula 1," stated McLaren CEO Zak Brown. "Mercedes is the benchmark, both as a team and a power unit, so it is natural we would seek to secure a relationship with the company for the next phase of our journey.

"This announcement reflects the confidence of our shareholders and is an important message to our investors, employees, partners and fans that we are committed to returning McLaren to the front of the field."

McLaren team principal Andreas Seidl added: "2021 will be an important milestone for us as a team as we continue our long-term recovery plan and it is vital that we have the core elements in place now, to enable us to properly prepare for the new era of the sport.

"Renault remains both a valued partner as well as a formidable competitor, and we look forward to continuing our relationship through the rest of this season and next."