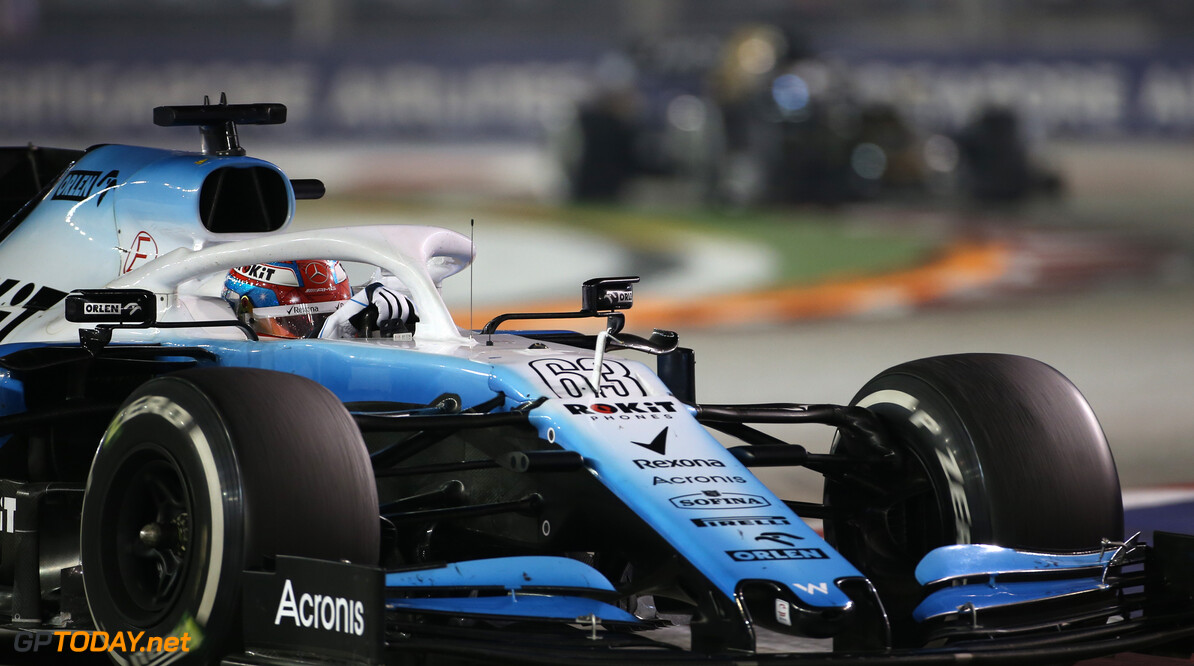 Russell: Grosjean obliged to 'give up the corner'

George Russell believes Romain Grosjean could have left more space to avoid a collision during the Singapore Grand Prix.

The two came together at Turn 8, when Grosjean attempted to hold his car around the outside of Russell, before contact was made.

Russell was pitched into the wall and put out of the race, with Grosjean stating afterwards that he had no more room left to play with in order to avoid contact with the Williams driver.

However, Russell doesn't believe that to be the case, telling GPToday.net: "Romain had the right to try it from the outside. At the apex we drove side-by-side, but I had the momentum on the inside and towards the end of the corner I was at least half a car length ahead of him.

"At that moment the driver has the right on the inside to let the car run through the racing line. Then it's up to the driver on the outside to give up the corner."

Russell says that Grosjean had a full metre of space on the outside, firmly pinning the blame of the collision on the Haas driver.

"I really don't know what he was trying to do, because he wouldn't even have been able to catch up if he had shown more commitment.

"Then his right front wheel hits my left rear wheel and we're in the wall. At the point of contact there was enough space on the outside. I just saw the video and there was a metre left for him."