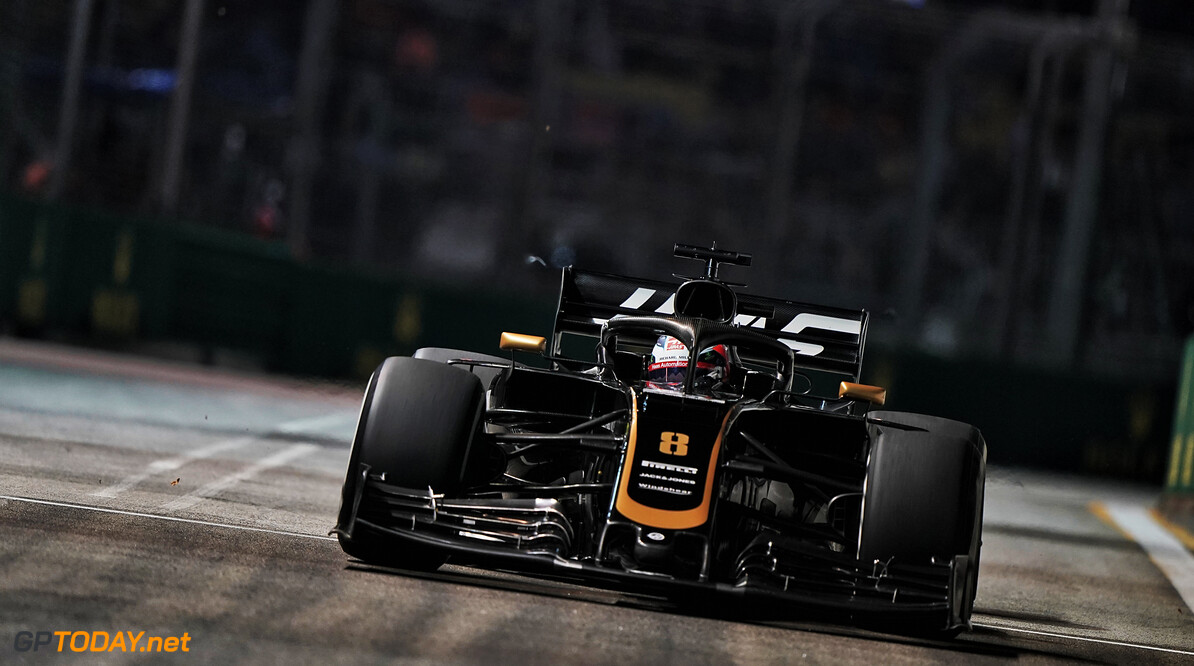 Romain Grosjean has affirmed that he had no room on the left side of the track to avoid contact with George Russell during the Singapore Grand Prix.

The duo came together at Turn 8, with Russell being pitched into the wall, eliminating him from the race.

Grosjean described how he saw the accident, but doesn't believe he had much room left to play with in order to back out.

"It's difficult to say from inside the car," he said. "I was on the outside at Turn 8, at the apex side by side. George went on the throttle early and I was on the left. So I don't think there was much room for me to go more on the left, there's a wall there.

"I need to see the footage, what I think at the moment is mid-corner, with his rear touched my front and then [he was] sent the other way around.

"It's unfortunate, but as I said there was not much more room for me to carry on. It's bloody difficult to overtake at that circuit. Obviously, George is not super happy but I don’t think I had much more room to go left.”

Grosjean added that that element is a "grey area" in the rulebook, as it is tough to judge who has priority when going into a corner side by side.

“It’s a bit of a grey area the rules, who has got the priority,” he said. “We have seen a lot of people going wide and gaining an advantage of going wide.

“Obviously, I’m for gravel on exit of corners, maybe it would change the mentality and we would have to leave more space because that is what I have been saying for a long time. If there is a wall, you cannot disappear and obviously there is contact.”

Speaking about his race as a whole, Grosjean said: "On a few occasions we looked like we were OK in terms of pace, but tyre degradation is huge, really big. We tried to stay long on the medium, but it completely died by the end.

"Then we went on the hard, which went really well. But then behind a Williams, it’s hard to overtake. We finally did. But then we pitted, put the soft on and then we were having a tough time.”