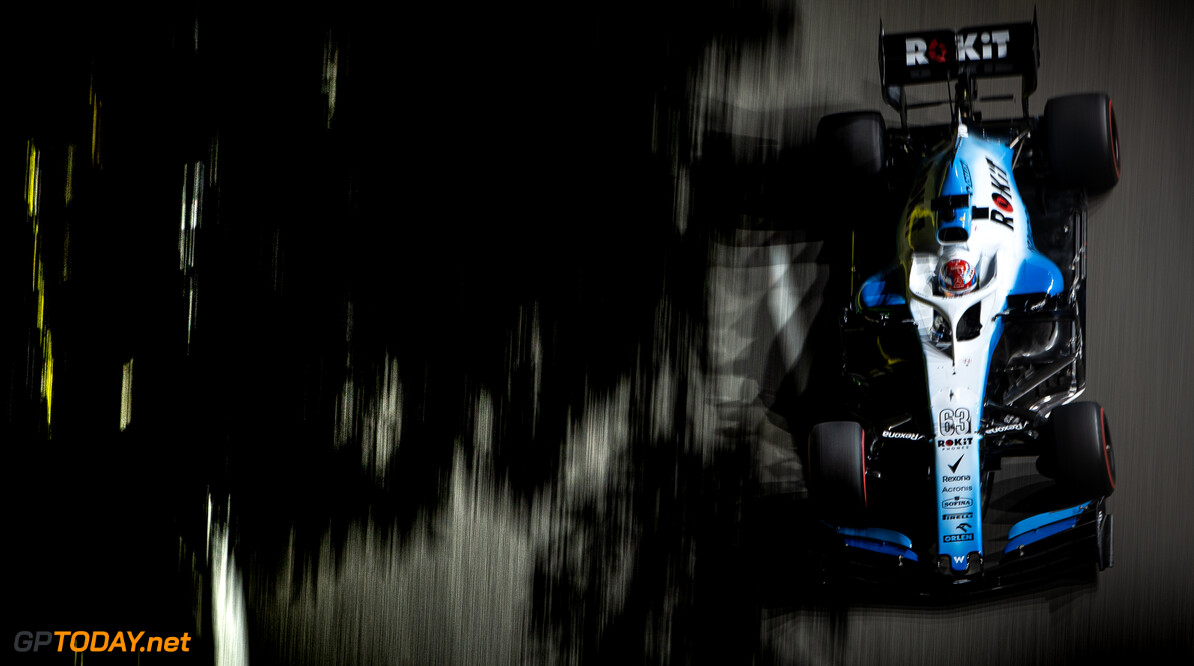 George Russell says there is time to be found for Williams in Singapore if their rivals fail to properly manage their tyres.

Williams has endured a difficult season, scoring just one point so far this year which came for Russell's teammate Robert Kubica in Singapore.

Russell states that Williams has been working to understand what it needs at each circuit, and believes that the troublesome tyre situation at Singapore could allow it to perform at a higher level than normal.

"We've got a better understanding of what we need to do per circuit, per scenario. And temperature related. It's tricky really," Russell told media including GPToday.net.

"It's going to be tricky, you get the tyres in a good window and you'll be flying, and if you don't then you will be miles off.

"If people get it wrong and we get it right then we can take advantage from it. It's just a unique place, it's such a long lap, you've got to a really tight and twisty sector three where you can win or lose a lot of lap time.

"It'll almost be a compromise that you can't take too much out of the tyre to open a lap, and you need it in a better window at the end of the lap.

"You want to hit that peak grip mid-lap, which is odd because at every other track, you want to have peak grip at Turn 1 and carry it through the lap."

With Russell being the only driver so far this season that hasn't scored a point, he says that he won't be disappointed for himself should he fail to finish inside the top ten this year, as the team is in a position that it doesn't want to be.

"It's not enough, because the goal was not to score one point between two drivers all year. Neither of us, myself and Robert didn't want to inherit any points or gain points like that," Russell said, referring to the Alfa Romeo penalty in Germany that gifted Kubica a point.

"We wanted to achieve that and unfortunately, we're struggling at the moment. We're not here to race for that."