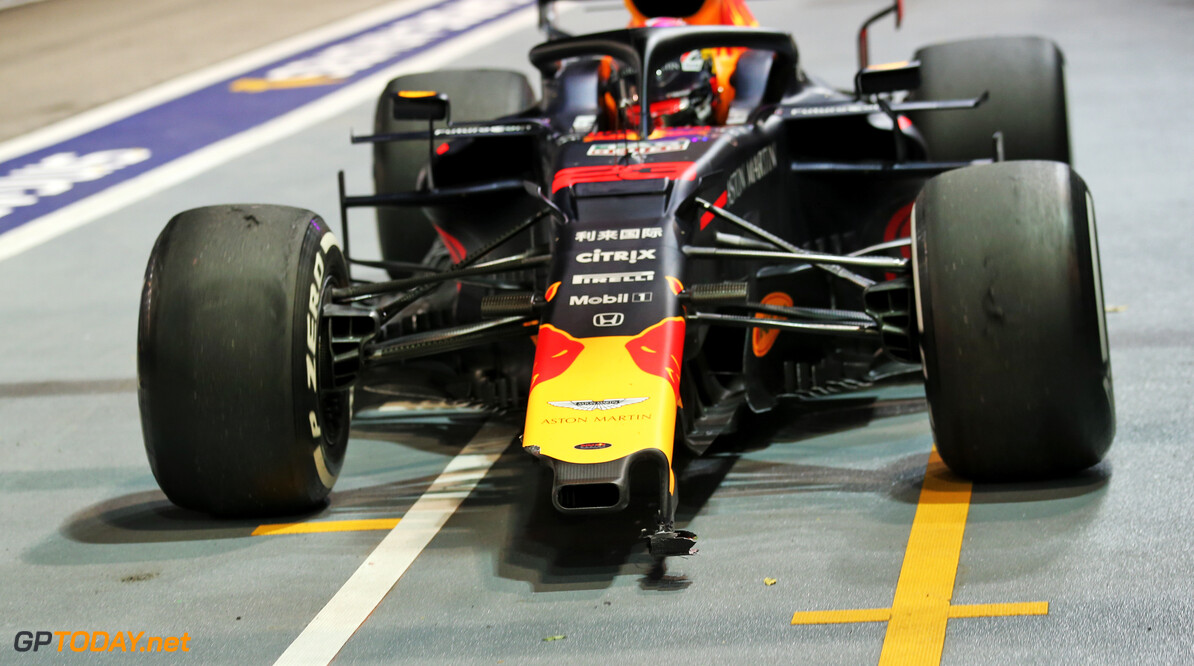 Alexander Albon says a lock-up on his previous lap prior to his tap with the barriers in Singapore was behind his crash during the second practice session.

The British-Thai driver hit the wall at Turn 10, braking his front wing - however managed to return to the garage on his own accord.

Albon admits that the crash hurt his confidence "a little bit", but he was able to get back into form quickly, as he expected the following laps to be worse than what they were.

"To do the lap after, it wasn't too bad, I was expecting worse," Albon said. "I'm still getting there, I need to make sure that the car's good, so some work overnight and we'll see tomorrow.

"I had a lock-up the lap before and I had a little flat spot. On top of that, I was pushing and just another lock-up on the same spot on the tyre."

This weekend is Albon's first time at the Marina Bay Circuit, as on Friday he got to test the long, tight circuit coupled with the heat and humidity.

"The feeling is pretty okay, it's not an easy track," Albon stated. "There are so many corners, it's not just yourself overheating but the tyres and brakes too. It's going to be a difficult one on Sunday, I'm sure.

"I'm still not quite confident with it, but I'm sure that qualifying is going to be fun."

Albon ended the second practice session in fifth place, one second down on teammate Max Verstappen, who was second fastest behind Lewis Hamilton.