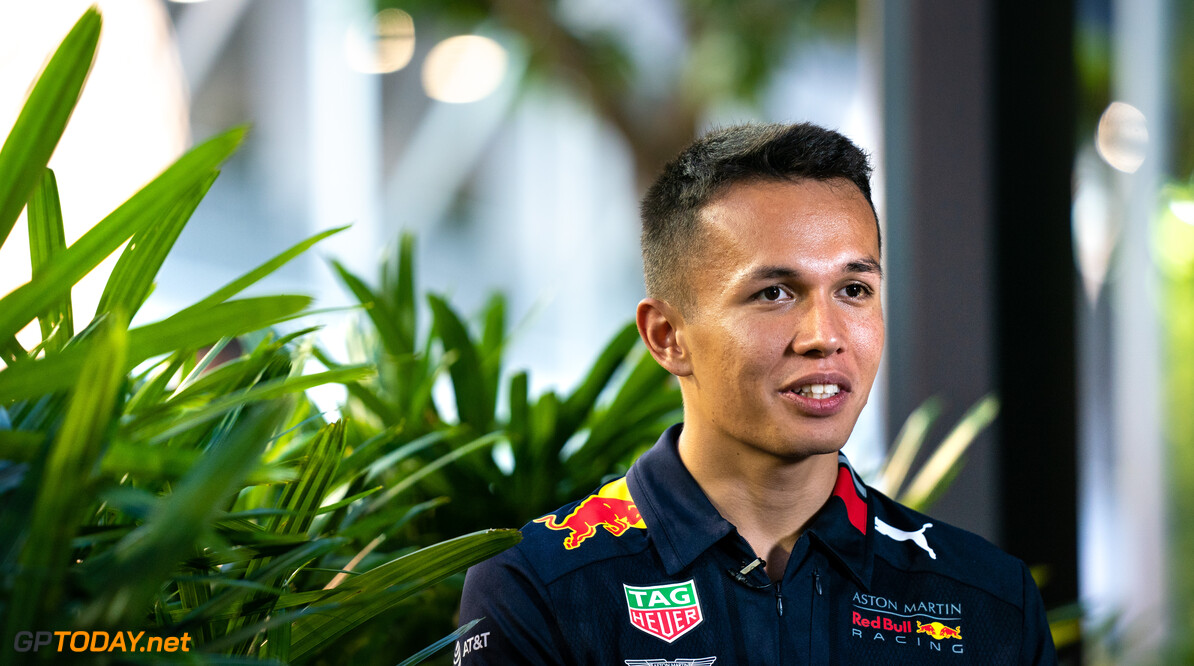 Alexander Albon has denied that he has been assigned specific targets to reach in order to retain his drive at Red Bull in 2020.

The Thai-British driver will take part in his third race for the energy drink squad this weekend, following his promotion from Toro Rosso during the summer break.

At Spa-Francorchamps and Monza, he scored fifth and sixth-place finishes but is yet to have a smooth qualifying, as he took engine penalties at Spa before crossing the line too late at Monza to set a final lap in Q3.

Albon denies that he has been assigned to be within a certain time compared to teammate Max Verstappen, as the team understands he is still learning in his rookie year.

"People think that, people expect that. But not really, no," Albon said when asked if he has been given an objective to complete. "I think they're [Red Bull] really aware of my situation, they're giving me lots of space and time to improve.

"I myself want to see improvement the more time I spend in the car, but at the moment there are no specific targets."

At his second race for Red Bull two weeks ago at Monza, Albon went off-track while battling Carlos Sainz, which cost him time during the race.

The 23-year-old admits he was "optimistic" with his racecraft, but is feeling more competitive after a strong second half to the race.

"I think I was a bit optimistic racecraft wise," Albon said. "We did have a faster car than qualifying, but qualifying wasn't really in our control.

"There are two races that have been compromised which is just one of those things. Bit the second half of the race in Monza was good so I'm feeling like I'm improving.

"I feel like I'm getting more used to the car. I'm still treating the races, not like a test, but I'm trying things out. I'm feeling more comfortable.

"Of course, now we're coming into the part of the season with all these tracks that will be new. It's like a double whammy, with the car and the tracks. But by this point, the car is feeling a lot more natural to drive."