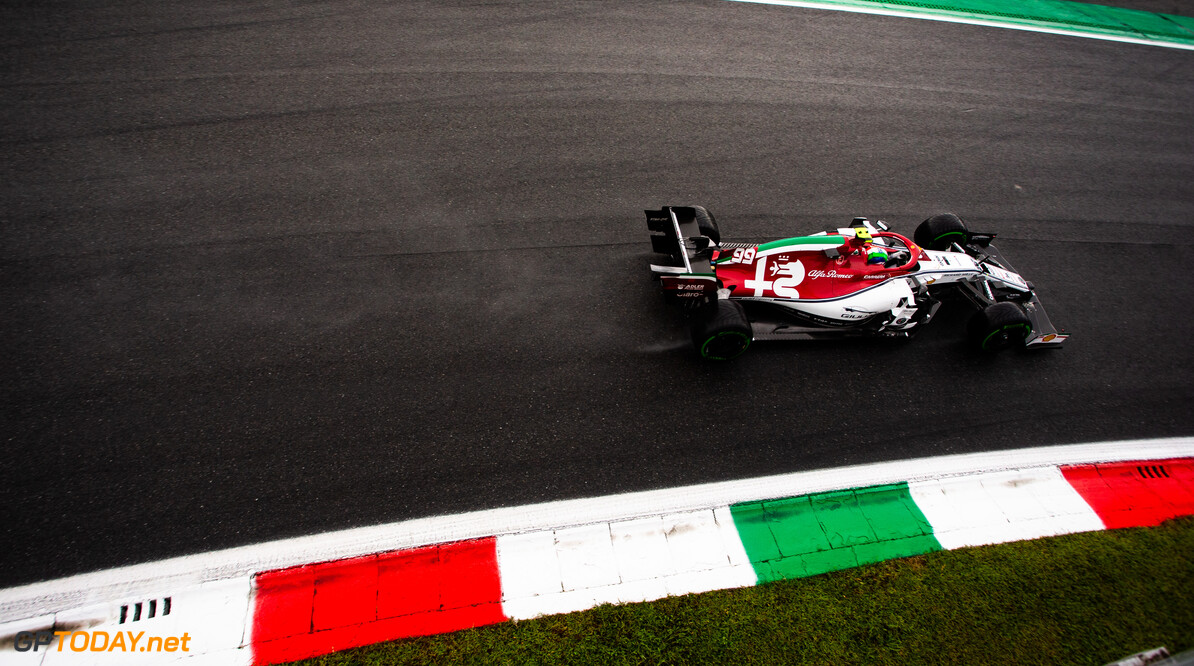 Following the confirmation that Romain Grosjean has been retained by Haas for the 2020 season, the grid for next year is starting to fill up.

The driver that is now looking more likely to be axed from the grid next year is Nico Hulkenberg, who will leave Renault at the end of the year after the team opted to sign Esteban Ocon.

There are still options open for Hulkenberg - however Haas seemed like the most likely destination for the German driver.

Five drives remain open for 2020 - but who is in the frame for the seats?

Red Bull has made plenty of headlines this season following its decision to swap out Pierre Gasly for Alexander Albon, who is still in his rookie season.

Red Bull says that its thinking behind the decision to see how Albon stocks up at the senior team, giving the energy drink squad more information, as all four of its current drivers (Toro Rosso included) will have driven for Red Bull at some point.

A decision regarding Red Bull's line-up for the 2020 campaign is set to be made somewhere around the US Grand Prix, according to Dr Helmut Marko. It seems that the only likely candidates are from within the Red Bull pool of current F1 drivers, or could the team go against its usual philosophy and bring someone from the 'outside' in?

Much like Red Bull, the 2020 line-up of the team largely depends on how Albon performs at Red Bull over the next handful of races.

Should he disappoint and be demoted back to Toro Rosso, Gasly will be looking for a return, as will Daniil Kvyat, who was signalled back to the junior outfit in 2016, and has since gone through a rollercoaster within the programme.

The fact remains that both Toro Rosso seats are currently open and while a line-up formed by the current Red Bull-affiliated F1 drivers seem the most likely, Honda will be keen to get one of their drivers in.

That possibility may just have to wait, with Yuki Tsunoda performing well in F3 and set to race in F2 next season, while Red Bull nurtures its current juniors eyeing the Toro Rosso seat - with Juri Vips in the wings waiting.

Veteran Kimi Raikkonen is all signed up for next year as part of his two-year deal to race with Alfa Romeo, which he signed upon hearing he would be leaving Ferrari at the end of 2019.

What is not 100% certain is who will join Raikkonen at the team next year - however it is believed that Antonio Giovinazzi is the favourite the keep his drive.

The Italian driver struggled to get up to speed at the beginning of the season, but has found form in recent races, securing a career-best ninth place in Italy.

Alfa Romeo may be a possibility for Hulkenberg, but all signs are pointing at Giovinazzi staying for a second full season to continue his growth and to build his experience.

The 2019 season has been tough for Williams, as it has been forced to compete consistently at the back of the field for the entire year - not what Robert Kubica was hoping for with his comeback.

George Russell is secured for 2020, however Kubica isn't. Russell has largely outperformed Kubica this season, leading to questions over if Kubica really wants to stay where he is.

Waiting on the sidelines is current F2 driver Nicholas Latifi, who has had a number of FP1 outings with Williams this year. It very much looks as though either Kubica or Latifi will fill out the second seat at the Grove squad next year.

Williams must evaluate what it thinks is best for it. Heading into 2020 after a very disappointing 2020 campaign with one full year of F1 experience between its drivers may be a risk - or could someone else sneak into the frame as the decision narrows down?