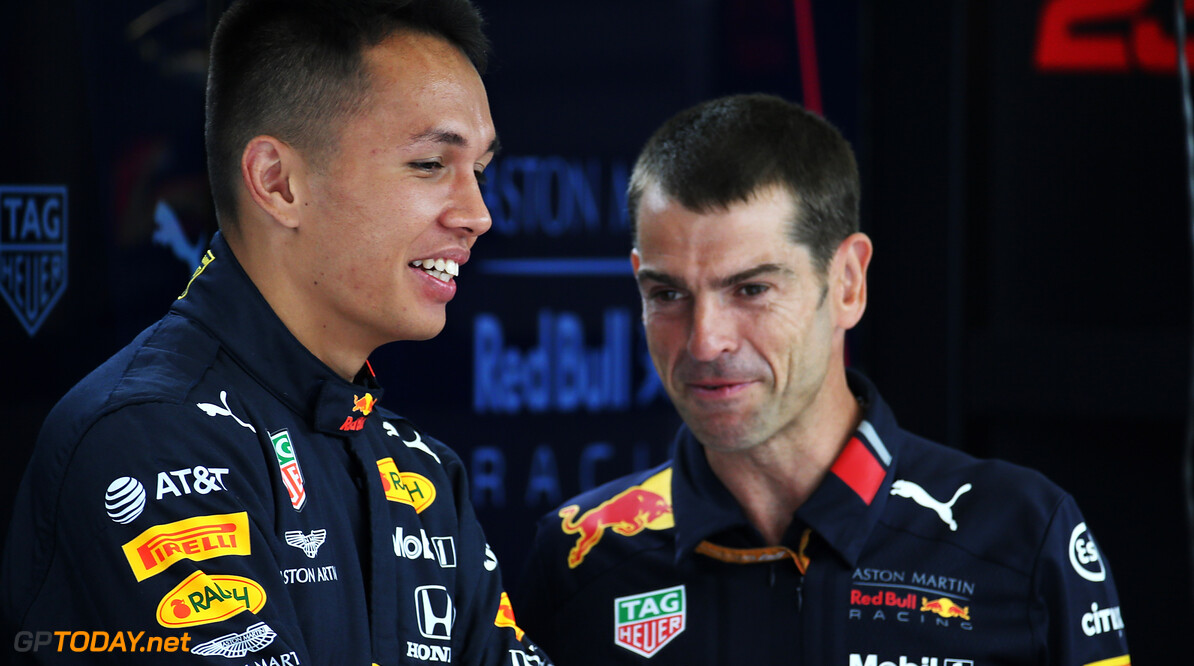 Alexander Albon says every team has a different vocabulary, as he adapts to life at Red Bull following his promotion.

The Thai-British driver has two races with Red Bull under his belt, scoring a fifth and sixth-place finish at Spa-Francorchamps and Monza respectively over the last two weeks.

Albon is currently in his rookie season in F1 having joined Toro Rosso after a late call-up towards the end of the 2019 season.

He now partners Max Verstappen at Red Bull, gaining the seat in place of an underperforming Pierre Gasly, and is keen to learn from the more experienced Verstappen.

"It’s not like Max is like, ‘Alex, come over here, let me show you how to take this corner’,” Albon said on the Beyond The Grid podcast.

“It’s more like he will go first in briefings and stuff like this. I’ll listen to his comments, I’ll listen to how he interprets the car and what he wants to go quicker, and even just listening to how he speaks to the team and how they communicate.

“There’s a different vocabulary in each team really, especially say Red Bull. It’s a very British team there’s a lot of British people inside; Toro Rosso was Italian, there was a very big mix. Just the way you communicate, you have different words.

“So that’s where the learning comes from, more fly on the wall stuff rather than yeah asking Max, ‘Max what do you do round this corner I need to understand because you’re very quick around there?’”

Red Bull's 2020 line-up is not yet known, however team advisor Dr Helmut Marko stated this week that it would decide on Red Bull and Toro Rosso's line-up for next year after the US Grand Prix.