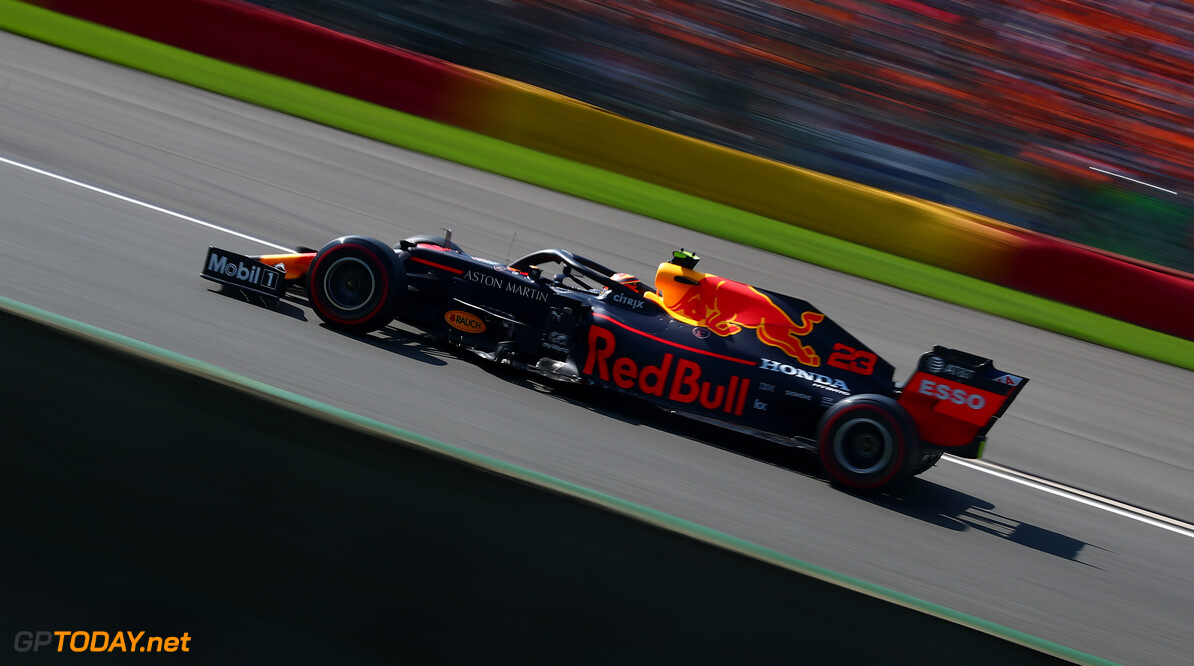 Albon expecting to race with Spec 4 Honda engine at Monza

Alexander Albon says he is expecting all four Honda-powered cars to run the upgraded power unit in the race this weekend at the Italian Grand Prix.

Honda introduced the new engine at the Belgian Grand Prix last weekend, demoting Albon and Toro Rosso's Daniil Kvyat to the back of the grid for the race.

However, it is believed that the engine wasn't used in the race. Max Verstappen and Pierre Gasly will receive the unit this weekend, which will see both start from the rear of the field.

"I think we are all expecting Spec 4 for the race," Albon told GPToday.net. "Toro Rosso should speak for themselves but I think it will be all of us."

During his Red Bull debut at Spa-Francorchamps last weekend, Albon spent much of the practice sessions focusing on long-run pace.

The Thai-British driver says he is looking forward to a more normal weekend, where he is expecting to qualify as normal for the first time with Red Bull.

"I want to feel the car in the short run. It will be a normal weekend doing short runs, I just want to get more experience with the car on low fuel," he said.

"I had a little bit of experience in qualifying at Spa, but still I want to learn the car a bit more."

"I think FP1 we'll [Albon and Verstappen] be running quite similar, but we'll see. I guess it's more role reversal. Max will definitely still give advice on short runs, balance, that kind of thing.

"But then come FP2 and FP3, we'll start to drift off a little bit and do our own things. It will be the short run stuff that I'll be more focused on but at the end of the day, the set up doesn't change too much.

"You do your little things but the balance is normally the balance and you do carry quite a similar car for the race if you're doing long runs or short runs."