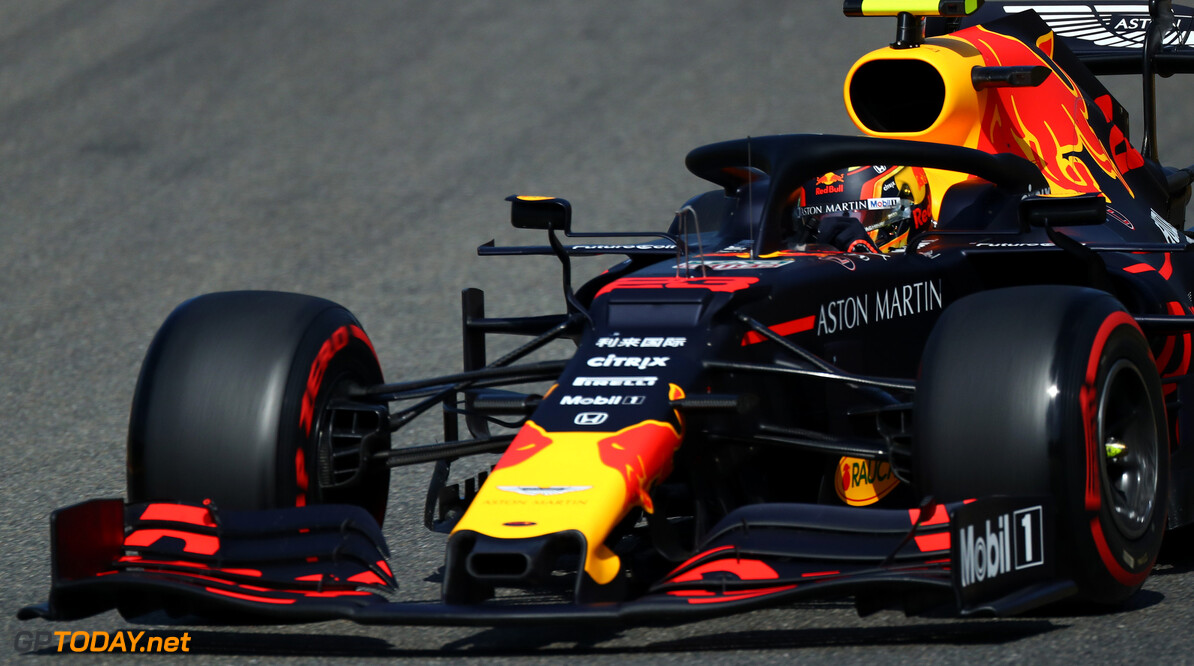 Alexander Albon states he is happy with his Red Bull debut, after he crossed the line in fifth place.

The Thai-British driver started the race from 17th on the grid after being fitted with a new power unit for the weekend, which exceeded the component quota.

Albon says that he is "in the deep end" after only receiving the front-running drive, and that he needs time to find his feet at the team.

"I still need time, I know I'm still improving," Albon said. "I'm kind of in the deep end a little bit, but I know I will get better.

"That's my attitude towards this weekend. I still feel coming from Friday to now, I understand the car a lot better. It's just chipping away at it and I am quite happy."

Albon struggled on the medium compound

Albon admits he struggled at the beginning of the race on the medium compound, as he found it difficult to pass the cars ahead.

However, after stopping on the 24th lap for fresh tyres, the 23-year-old made a series of overtakes to get himself into fifth place, taking a career-best finish.

"I'm quite happy. I struggled a bit at the beginning of the race, I really struggled on that first stint. I struggled with the tyres.

"I felt like that pace was there, but there were corners where we needed to be quick to overtake, and I wasn't that quick. Just the corners before the bog straights.

"It was a tough one, then we boxed, went on to the soft tyres and straight away the car felt a lot stronger. That's when we made our moves, got through the pack and it was a fun race.

"I think there definitely are areas we need to work on, so it's just heads down, we've got a few days to focus on Monza."

Speaking about his last-lap battle with Sergio Perez, Albon says the two played cat and mouse with the DRS detection point, a batte which Albon won.

"It was good fun, we went into the bus top. I knew I had pace advantage so I was debating 'do I do the overtake at the bus stop and hope he doesn't get me by the straights?'.

"The Racing Points were so quick this weekend on the straights. Or 'do I overtake him down the main straight'.

"I went for the bus stop and we were side by side. e cut the bus stop but didn't really have space to go anywhere else. It was kind of that thing where we both waited for the DRS, we both wanted the DRS.

"We were waiting for each other to cross the line, he crossed it first so I got the DRS. I was on the grass all the way down the straight, it was good fun, I enjoyed it."