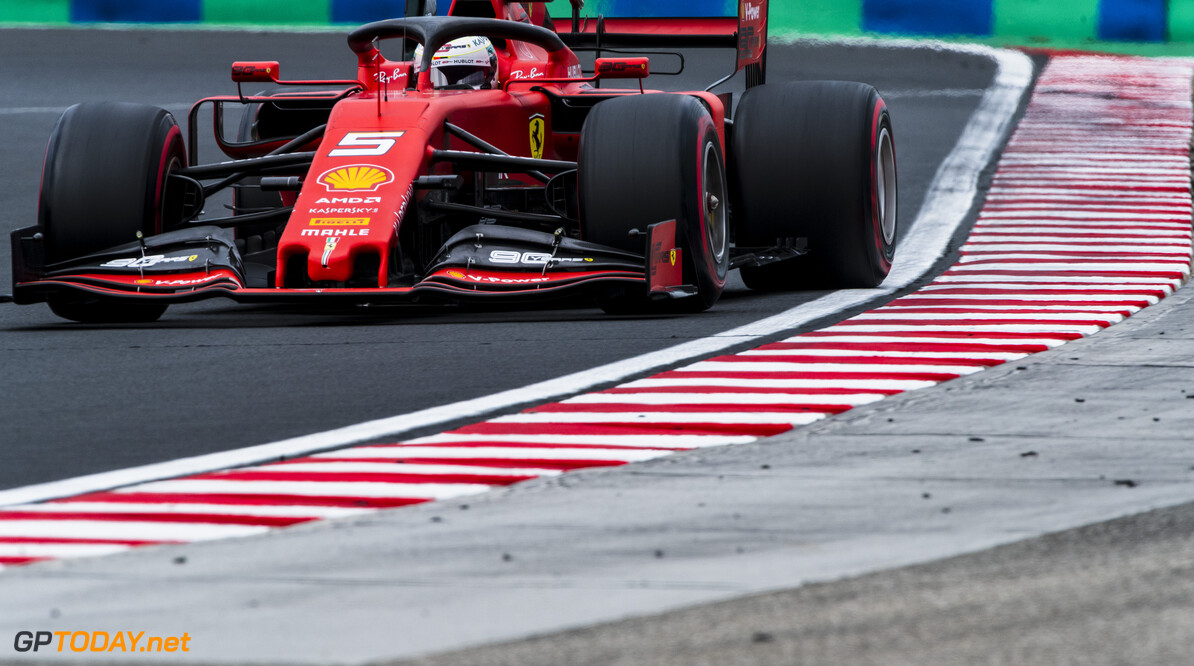 Sebastian Vettel believes the Ferrari SF90 is an "efficient" car despite the lack of downforce that is seeing it struggle this season.

After the opening 12 races of the 2019 campaign, Ferrari has failed to win a race. However, it has come close on several occasions, with Charles Leclerc denied late on by engine issues and Max Verstappen in Bahrain and Austria respectively.

The car has displayed some impressive straight-line speeds this year, but is losing out in the corners when it comes to direct competition with rivals Mercedes.

"Obviously we have seen the tendency that we are faster than the others on the straights and we pay the price in the corners," Vettel said.

"I think we have an efficient car but we are lacking overall downforce so these two things added together to explain why we are sometimes up, sometimes down."

However, Vettel is adamant that Ferrari is making progress behind the scenes, with the following two races in Belgium and Italy set to suit the car's characteristics.

"But I feel we are making progress. Bahrain was an extreme where everything was working quite well. Charles was very competitive the whole weekend. After that, we struggled to repeat it for a while.

"Canada was more straightforward, Austria, Hockenheim, I think in terms of efficiency and power limited, we were able to make more of a difference than in other places.

"But at the same time, we were able to improve the car so we were able to go in the right direction. We are working hard, bringing some new bits, trying to understand further where we are with the car and where we can go further."