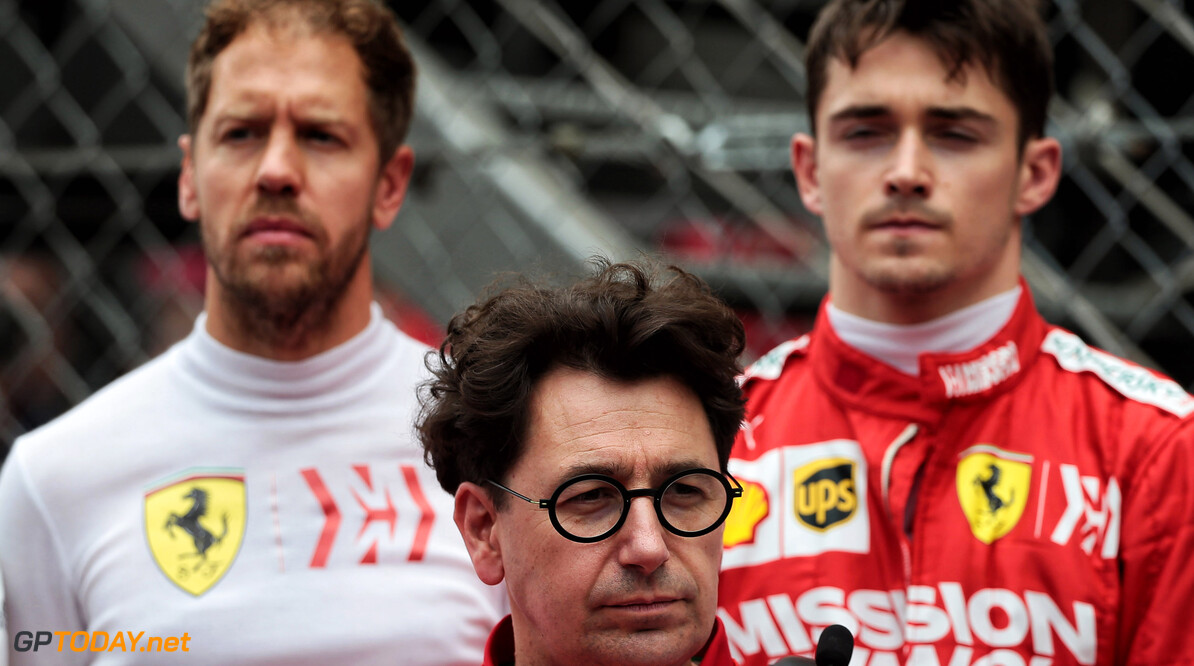 The Italian squad has failed to win a race so far this year, but has come close on several occasions, only to be denied in the latter stages of the Grand Prix.

Binotto took on the role of Ferrari's team principal in 2019, replacing Maurizio Arrivabene, who left the outfit after the 2018 campaign.

Vettel says he finds it unfair to compare the two against each other, but has hailed Binotto's for his "calm" leadership as Ferrari searches for a return to the front of the grid.

"I don't think it's fair to compare one versus the other," Vettel said. "Every year and every situation is a bit different. But one thing I think we have achieved so far as a team with Mattia as our leader is to remain calm.

"The situation hasn't been easy, we haven't won every race. That's the most straightforward situation you can have. We didn't have the first half of the season that we were looking for, yet the focus is there and everyone in the entire team is remaining calm and determined to make progress as soon as we can.

"Some things don't click or happen overnight, but I think we have a good understanding of where the car is, where we need to go, and hopefully the next months will if we are picking the right direction. But Mattia is doing really well, keeping the team together and calm.

"At the same time, he's reminding us of where we need to go. His role is different to his role in the past, but the team is around him and the organisation is very similar to twelve months ago.

"There's not that much change but again I think that's a positive. From where we are, we need to get stronger as a team, but he's giving us the right lead, I believe."

Ferrari currently sits second in the constructors' championship, 150 points down on leaders Mercedes, while Red Bull is 44 points down on the Prancing Horses.