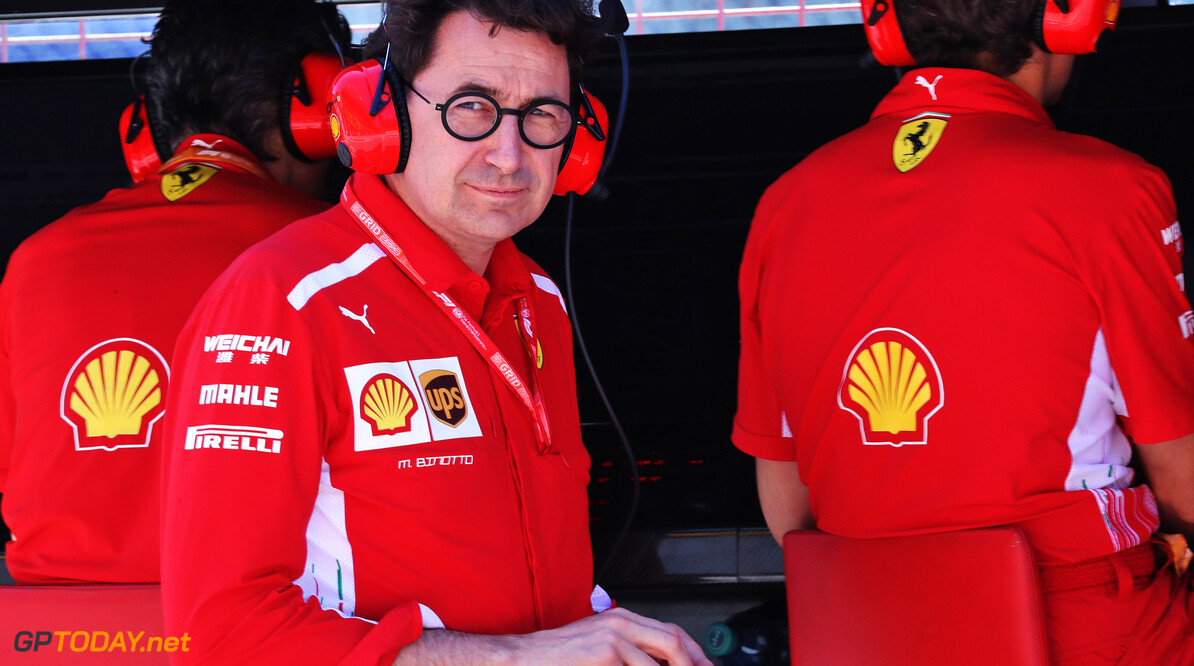 Important to rest after spending 'a lot of energy' - Binotto

Ferrari team principal Mattia Binotto says it's important for his team to have a short rest during the summer after a busy first half to the year.

Formula 1 is currently on its summer break, with Belgium hosting the next Grand Prix weekend at the end of the month

Ferrari has endured a difficult season so far, failing to take a Grand Prix victory while rivals Mercedes has pulled a sizeable lead in the championship, winning 10 out of the opening 12 races.

MORE: Vettel: Binotto brings calmness to Ferrari's struggles | Vettel rates his 2019 season so far 5 out of 10

Binotto says that Ferrari worked extremely hard once it realised that it had a large gap to Mercedes after the first race, but insists there is "lot's to do" on the build-up to the second half of the year.

"It's important for us to stop and rest a bit," Binotto stated. "We have spent a lot of energy on the initial start to the season after the winter tests and Australia when we recognised that we had a gap to close on our competitors.

"We spent a lot of energy at the factory, at the race track so it's important to have some holidays."

Binotto pleased with performances of Vettel and Leclerc

Assessing both of his driver's performances so far this year, Binotto insists he is pleased with both Sebastian Vettel and Charles Leclerc, despite the mistakes they have made.

"I think so far Seb in the race is always very strong. It's important to capitalise on your race pace.

"When you make some mistakes like at Silverstone maybe it's not the best, but apart from that, we're happy because there's a lot of experience. He knows how to manage the tyres. I think he's doing really well in that respect."

"Charles as we said many times, it's his very first year at Ferrari, there's a lot of pressure. He's made a few mistakes but he's always very keen to learn and not repeat what he did.

"We are all very happy with the way he is integrating with the team and the progress that he is doing."