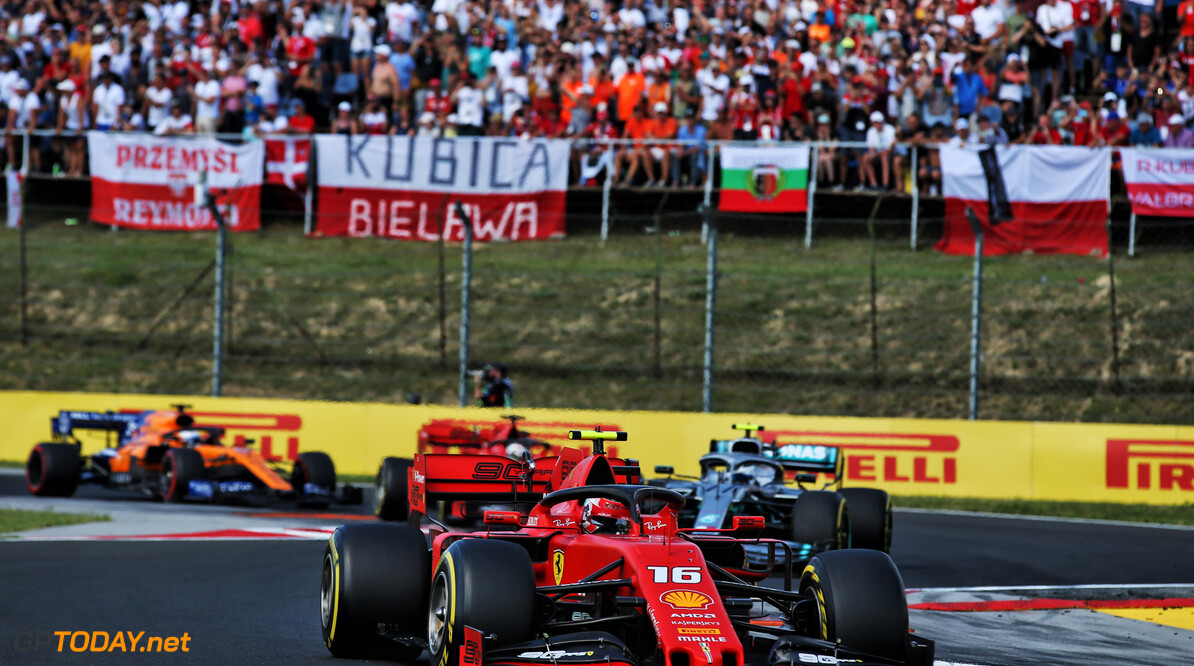 Masi: Onboard pictures give 'distorted' shots of Leclerc/Bottas contact

Formula 1 race director Michael Masi has explained why there was no investigation necessary for the contact between Charles Leclerc and Valtteri Bottas on lap one of the Hungarian Grand Prix.

Masi states that there was "nothing in it", believing that the onboard view of the incident "distorted" the cause of the incident, but that it becomes more clear from the helicopter shot.

"There was the first lap side of it," Masi said. "But there's also the other part, but from what I saw, Valtteri's front wing hit Charle's rear wheel, from the helicopter shot.

"There was nothing in it. The onboard distorted it slightly, but once you get the helicopter shot, it becomes pretty clear."

Bottas spoke about the incident after the race, stating that Leclerc's move to the left was 'completely unnecessary', and that the Ferrari driver was lucky not to receive a puncture.

Leclerc briefly gave his opinion on the matter after the race, claiming he felt a small touch but wasn't sure what happened.