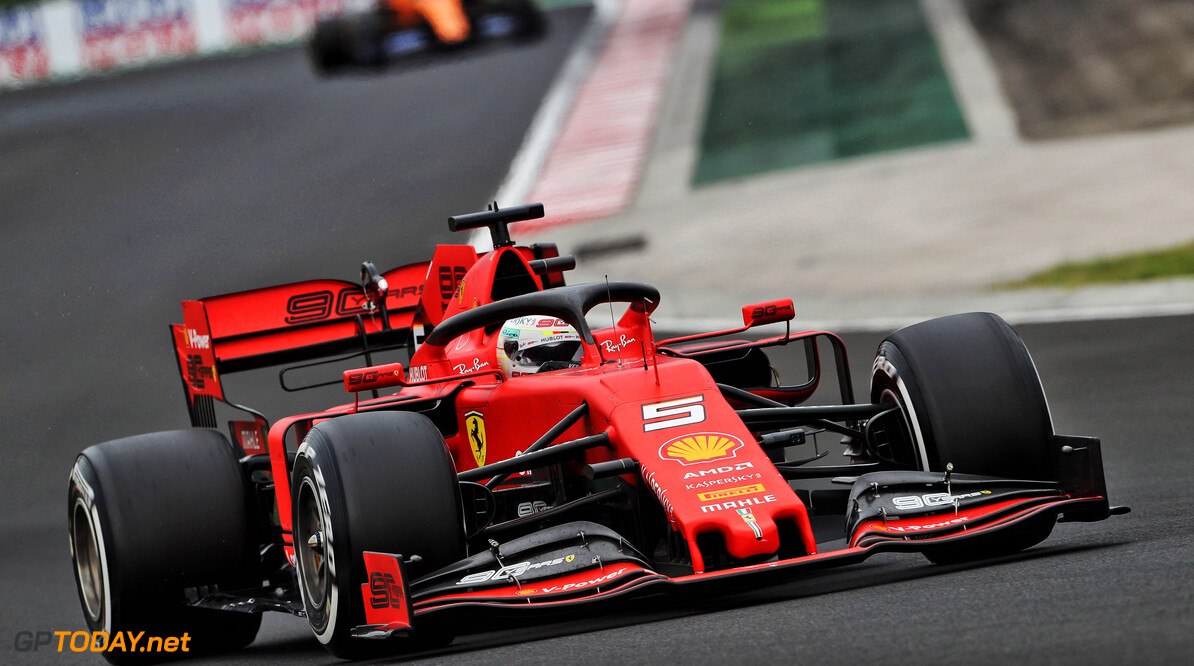 Sebastian Vettel says Ferrari's lack of pace throughout the Hungarian Grand Prix weekend was not "eye-opening".

The Italian squad was almost half a second down on pole position on Saturday, while it crossed the line over a minute behind race-winner Lewis Hamilton in the race.

Both Vettel and teammate Charles Leclerc split their tyre strategies in an attempt to do something different, but the nature of the Hungaroring didn't play into the team's hands.

Vettel managed to overtake Leclerc towards the end of the race for the final spot on the podium, but insists he can't be happy with the result amid the team's lack of pace.

"We were pushing throughout the whole race, we were trying to split the strategies to try and do something different but overall we were missing quite a bit of pace," Vettel said.

"In the end, it's fair, it's not our track. There are a lot of corners and not many straights so lots of homework.

"I can't be happy because we were not fast today. Losing 60 seconds in 70 laps is probably fair, that's what we were missing. Maybe we didn't pick the absolute fastest strategy but overall, we're just not quick enough.

"It's not really an eye-opener, we knew this before. It's just up to us to address it in the next couple of months to make a difference towards the end of the year."

'Not easy' to find magic solutions

Vettel says that he will take a couple of days off before he starts preparing for the Belgian Grand Prix at the end of the month, as Ferrari continues to search for pace.

"We had a poor first half with some mixed races, we had some chances and in the end, I want to do better in the second half, that's what I will focus on," he said. "I'll have a couple of days off and then start preparing for Spa.

"On paper, Spa and Monza should be better for us but we need to confirm. We know in the corner we struggle and the nature of race tracks have corners.

"We would like to build a car faster in the corners, we are doing everything we can, but currently, it's not enough. Everyone knows saw and understands. But it's not so easy to come up with magic solutions."