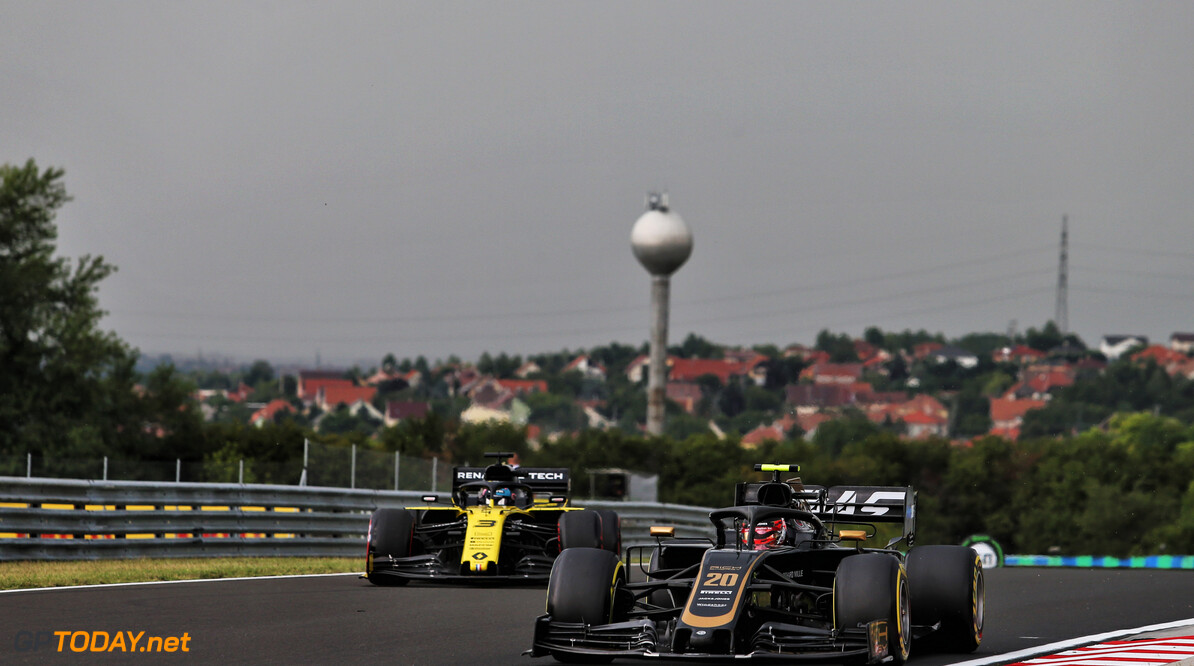 Daniel Ricciardo has taken issue with Kevin Magnussen's defensive tactics at the Hungarian Grand Prix, as the Dane moved under braking in an attempt to keep his position.

Ricciardo and Magnussen were involved in a fight for much of the race outside of the points, as they crossed the line in 14th and 13th respectively.

"There was a warning to the team about the consistency of it," Masi said. "Not so much the one-off, but the repeat part of it.

"There's a one-movement allowed to protect your line but the movement under braking is something that the drivers, from Bahrain when we had the meeting with them all, something they wanted us, particularly if it's constant, to crack down on."

Ricciardo was 'all locked up' avoiding a crash

Ricciardo admitted that he was frustrated when it happened and that he was locking up all of his tyres in order to avoid a collision with the Dane.

"It was always going to be tough, starting from the back. I think we were alright in the first phase, I was out on the hard for a long time.

"I had good pace on the softs but I got on the back of Magnussen and I wasn't that impressed with the moving under braking. I heard he got a warning, but he did it again. I was all locked up trying not to crash into him.

"After that we couldn't do much, the tyres were a bit hurt at the end. It was a bit frustrating, we had a bit more pace.

"I'll watch a replay and see what it is but at the time I was pretty frustrated with the move. Moving under braking is the one thing we frown upon. I thought it was extreme in a few cases."