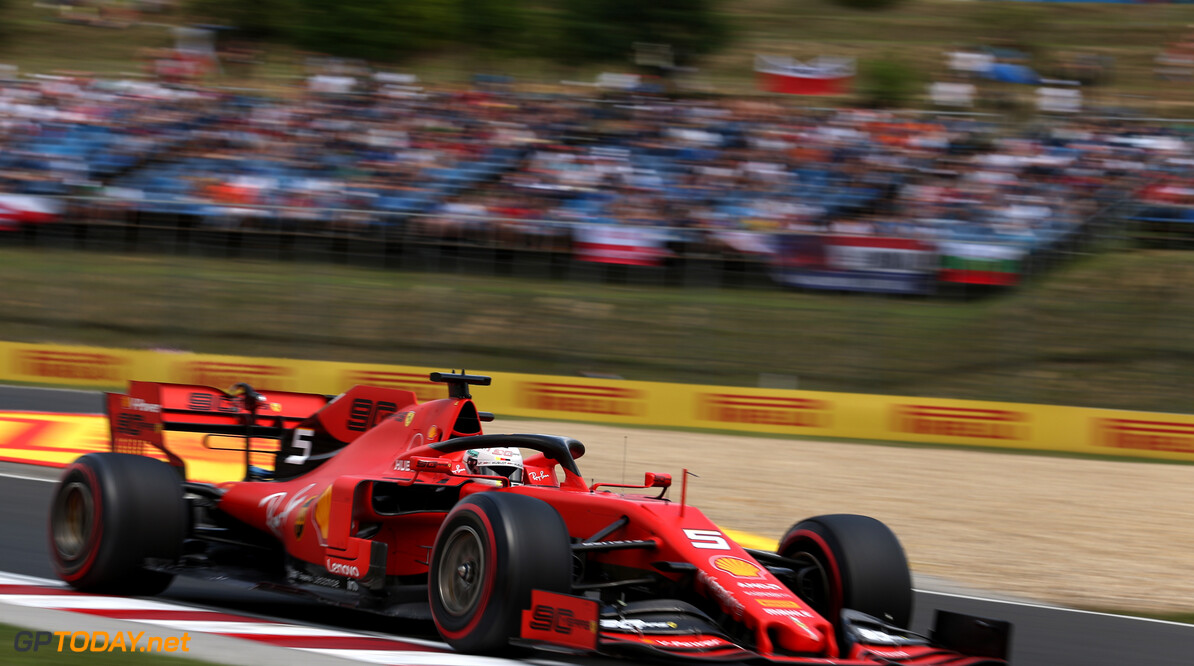 Vettel: Hungary qualifying the same picture for Ferrari in 2019

Sebastian Vettel says that qualifying in Hungary drew the same picture for Ferrari that it has seen over the course of the year so far.

The Italian squad was consistently the quickest team in the first sector throughout the weekend, but lost out to Red Bull and Mercedes in the second and third sector.

Ferrari's strong straight-line speed advantage allowed it to set purple sector ones but found itself losing time in the corners with little grip compared to their rivals.

Charles Leclerc and Vettel qualified fourth and fifth respectively, almost half a second down on pole-sitter Max Verstappen.

"We need to be realistic," Vettel said of Sunday's race. "We are lacking pace in the corners, not on the straights. That's why sector one is pretty good. We struggled to keep the tyres alive and struggled for grip in the last corners.

"That's where we're losing most. It was a tricky session for us but in a way, it's confirmation of the picture we've been drawing over the last few weeks and months. Our car is very good down the straights but not the best in the corners."

Vettel: Overtaking not impossible in Hungary

With the Hungaroring being a narrow circuit with lots of medium-speed corners, it has traditionally made overtaking difficult.

Vettel denies that overtaking is an impossible task around the circuit, but insists that the car behind needs to be consistently faster than the one it is following.

"It's very tough on tyres, I hope it will be super hot and difficult in the race. That way we can at least put on some pressure and do something different.

"If it's straightforward, the tyres last and it's one-stop then it's less exciting. Overtaking is possible here but you need to be faster so we'll see what we can do tomorrow.

"I'm on the third row so I need to make up some metres. But our starts are good at least, most of the time. We'll see, come the race it's a new day. Today, maybe I had a bit in hand but not enough to challenge for the top three."